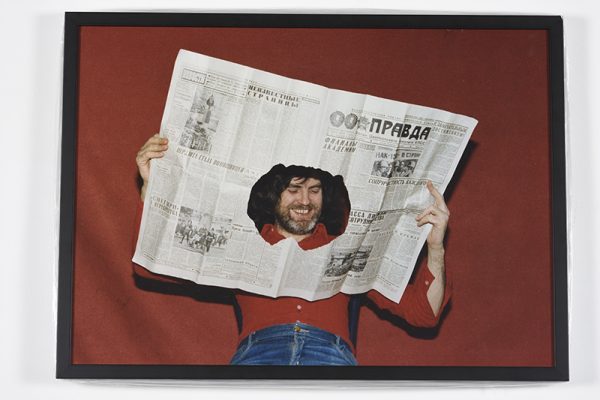 The Historical Avant-garde and the art of ping-pong

In the 1960s and early 1970s, Timișoara was a place of artistic effervescence, boasting the presence of several prominent personalities who were almost naturally in line with art movements of the radical tradition, the abstract painting of constructivist inspiration, the op and kinetic art but also in the tradition of individual mythologies and the art of attitude with a performative character. The historical chapter present in the exhibition spaces of the Museum of Art in Timisoara is, itself, a tribute to, and a reminder of, the clarity with which the countries of southeast Europe provided, for a time, a stage for a great diversity of artistic scenes whose avant-garde spirit was undoubtedly in tune with the trends that jostled western culture and art. Today, this reminder is essential to bear witness to the major role played by these artists in the history of post-war art. In the political context of that time, their art was most often discrete and underground, and, for a long time, proper consideration was not given to  their real value. It is only in recent years that a genuine effort to update and rehabilitate has been undertaken by historians and curators of foremost academic and museum institutions. On both sides of the iron curtain these artists were animated by a desire to transform the artistic object and, at the same time, to radically rethink the subject of their art. Today, once again, the ping-pong game of art is playing at an Olympic level.

If he had not been born in Serbia in 1921 and died in Zagreb, Croatia in 1987, art history would probably have considered the Yugoslavian Dimitrije Bašičević, known as Mangelos, just as important as Joseph Beuys or Marcel Broodthaers. He was active in Belgrade in the immediate postwar period as an art historian, critic and curator, but at the same time he secretly developed unique and original conceptual work, whose great significance was only understood posthumously.

On notebooks, school blackboards and globes, he painted and wrote over letters, words, sentences in the Latin or Cyrillic alphabet, using them as such, while allowing their contents to remain enigmatic. His creations are based on the paradox of writing a painting, painting a text, or, in his own words, “denying painting by creating it from words, and denying the words by painting them”.

Today, a decade after his death, it turns out that the Slovakian Július Koller (1939-2007) was one of the most prominent figures of the Eastern European avant-garde. His work questions the possibility of a better life and the creation of relationships between human beings through art. His gestures aimed at crossing the borders between imagination and reality, between poetry and political action. In 1965 Július Koller published Anti-Happening, his manifesto that calls for the use of everyday objects to widen the artistic scope of the gesture. In 1970 Koller published U.F.O. (Universal-Cultural Futurological Operation). The series is a rebellion against the political climate, but moreso a humanistic offering to our social condition. With the UFO-nautes, he did a self-portrait every year, depicting himself with an object taken from his daily life, bearing witness to his own contradictions: the relationship with his natural, cultural and political environment. At the same time, he set up the “Ping-Pong Club” which consisted in allowing spectators to play with or without him: through the idea of the game and the creation of parallel worlds, he tried to resist totalitarianism.

An architect, a theorist, a writer and an artist, Yona Friedman, born 1923 in Budapest, is one of the figures whose contribution is essential to the history of contemporary architecture. He invented concepts like mobile architecture, spatial or continental cities, feasible utopias and self-planning, making him a trailblazer, and which still mark and influence many contemporary projects. Friedman collaborated with Jean Rouch on the very successful animated cartoons, African Tales, made for television broadcast in Africa. These tales of various African origins reveal a complex cultural wealth, representing a totally innovative look and approach to diversity and multiculturalism. Iconostase is a modular structure connecting hoops, which erase the distinction between container and content, between works of art and architecture. The form of these sets is as much a model, as it is a work of art. These structures allow us to discover the different types of constructions imagined by Yona Friedman, and they invite visitors to ponder the idea of a work of art.

Endre Tót was born in 1937 in Hungary, and he lives and works in Köln, Germany. He is regarded as one of the pioneers of conceptual art in Eastern Europe, which the West discovered at the time of its manifestation. In 1971, his conceptual work was presented at the Paris Biennale. Starting as a talented painter in adhering to the tendencies of the era, towards Informal and Minimalist painting, Endre Tót changed directions by 1970, in search of a new experimental means of expression. It was then that he produced the series Rain, Gladness and Zero, which would define his conceptual art. In order to do this, he used various media, such as artists’ books, typewriter, postcards, photography, or mail art. Eventually, it also included public space performances and actions.

Józef Robakowski (b. 1939) is a legendary figure of the Polish avant-garde with his specialized tools being film, video and photography. He has also done installations, objects, pictures, drawings, and practiced interventions and performances. He committed himself to teaching, theory and art criticism, giving lectures and coordinated artistic actions, including the direction of a private gallery. The avant-garde experimental film movement of the 1960s and 1970s is closely associated with Robakowski. Inspired by the tradition of the metaphorical montage from avant-garde cinema, he succeeded in subverting the communist reality of the 1960s. Relying on the idea of the transmission of energy, many of his works of art record biological and mechanical processes, the effect of an encounter between the camera and the human body. The result emerges as fundamentally political. The artist calls it self-observation. The emblematic example, From My Window (1978-1999) is an obsessive observation of the courtyard. He recorded the neighbors and the changes that occurred over the years, concluding the film at the fall of the regime when a shopping center is constructed and eventually obstructs the view from his window.

Marion Baruch was born in Timișoara in 1929 and now lives in Gallarate, Italy. For this second edition, Art Encounters offers a unique opportunity to bring back the city’s prodigious “daughter”. The artist has lived multiple lives, but this is the first time that the few traces of her intense experimental activity in the Seventies are presented. Well known in the past under the pseudonym, Name Diffusion, there was a time when Marion Baruch was present at the crossroads of minimalist sculpture, conceptual art and performance. The artist has combined multiple ways of involving the body in flexible forms, often borrowed from clothing. In their combining, she has celebrated the relationships between sculpture and action, fashion and representation, and established a plethora of possible attitudes of the body that have placed the viewer in the spontaneous test of the work’s threshold, both its outside and inside. Contenitore – Ambiente, an image dating back to 1970, is a striking example of this type of direction, in which the body becomes a toy confined to a transparent bubble of minimalist inspiration, transmuted into a playful sporting accessory on a running track.

Channa Horwitz (1932-2013, Los Angeles) worked in isolation and anonymity. She made drawings, paintings and installations according to an organization built from the grid of graph paper, and a system in which the numbers 1 through 8 corresponded to a color. This system, called “Sonakinatography”, echoes time, movement and rhythm, like a musical score. One can thus easily observe the links with the conceptual and performative art of the 1960s and 1970s. At the end of her life, she was widely recognized for her works, which were then exhibited at major international events such as the Whitney Biennale (2014) or the 55th Venice Biennale (2013). Her presence in this museum will certainly recall the links she might have had with some of the historical figures of the region.