Channa Horwitz (1932-2013) produced drawings, paintings, and installations using a rigid formal vocabulary of her devising, built on a standardized grid (that of graph paper) and a system of notations based on the numbers 1 through 8, each assigned its own color. This system termed “Sonakinatography,” was developed as a way of marking and expressing time, movement, and rhythm. Many of her works were originally intended as scores—detailed yet open-ended notations for dancers, musicians, and performers.

She worked in isolation and anonymity. She made drawings, paintings and installations according to an organization built from the grid of graph paper, and a system in which the numbers 1 through 8 corresponded to a color. This system, called “Sonakinatography”, echoes time, movement and rhythm, like a musical score. One can thus easily observe the links with the conceptual and performative art of the 1960s and 1970s. At the end of her life, she was widely recognized for her works, which were then exhibited at major international events such as the Whitney Biennale (2014) or the 55th Venice Biennale (2013). Her presence in this museum will certainly recall the links she might have had with some of the historical figures of the region. 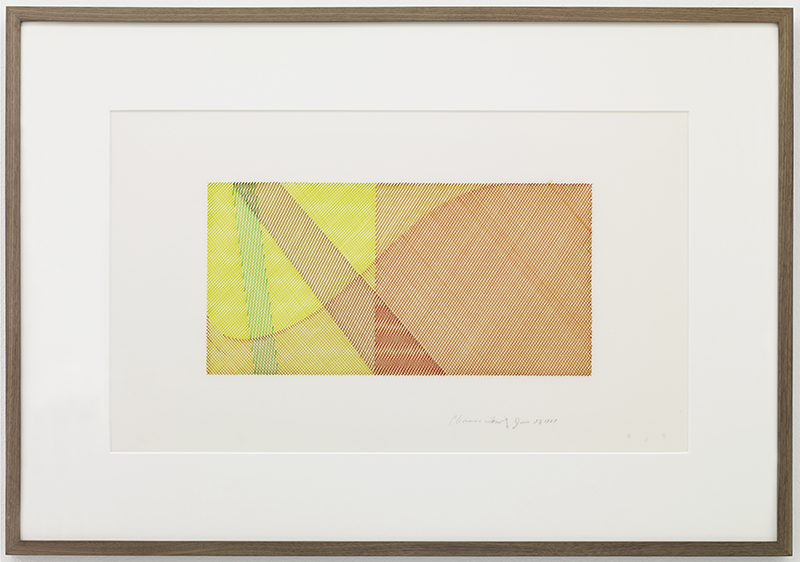