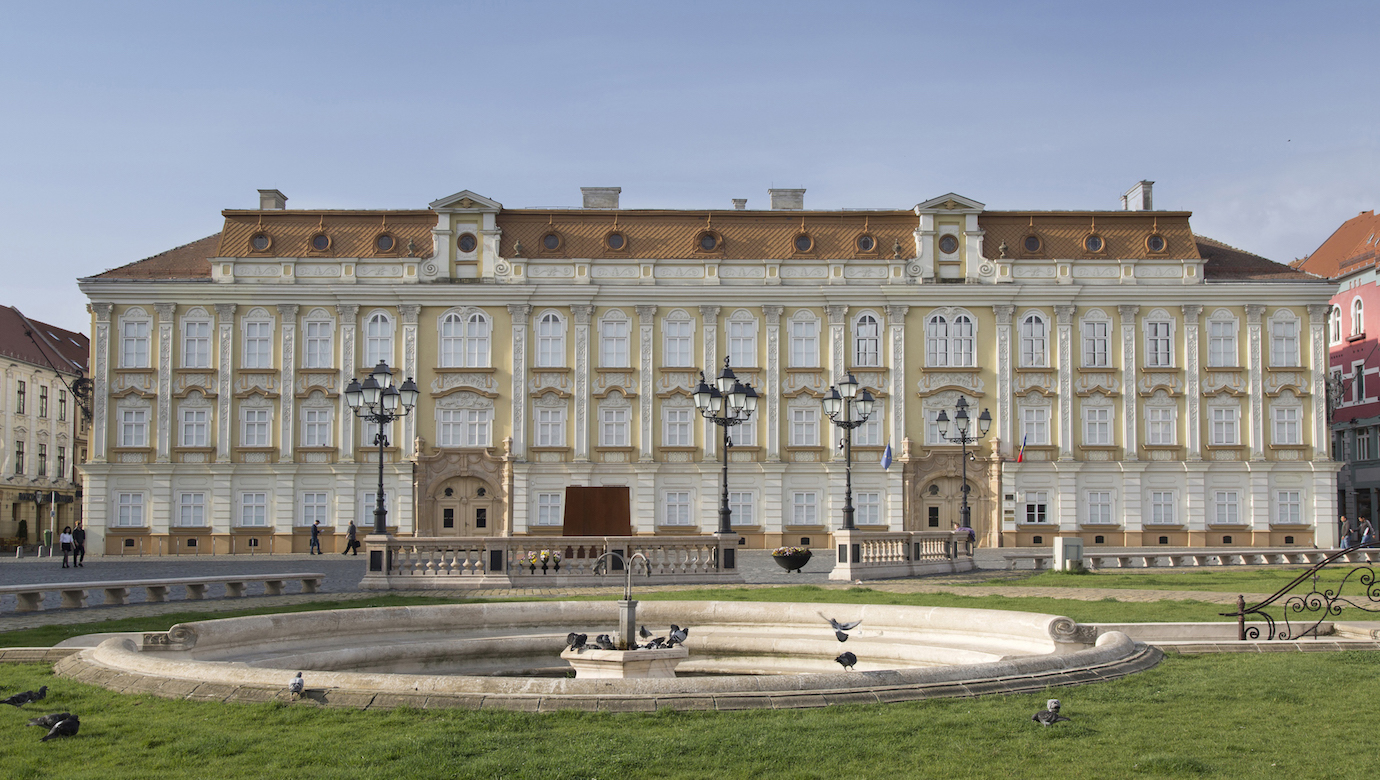 The Baroque Palace, situated in Unirii Square, hosts today the Museum of Art Timişoara. Its name dates back to the 18th century when Timişoara, under the rule of the Habsburgs, got a new urban plan with baroque architectural influences, either by adding new buildings or by transforming the existent ones.

The Baroque Palace itself evolved during time based on the usage assigned to the building. After several extensions and transformations, in 1754 it becomes the residency of the first president of the civil administration, the count Villas Perlas. Thus, in 1774 the palace gets itself with a new baroque façade that will remain intact for only a century. Between 1885-1886, the building suffers major interventions, ordered by the architect Jaques Klein who removes part of the baroque decorations of the façade and brings forward ironwork decorations which were specific to the 1900’s architecture. The building functions until 1944 as prefecture of the Timiş-Torontal county and afterwards as a zootechnic institute and as an agronomy faculty. Starting with 1983 until today there were extensive restoration works that took place in order to transform the building into a museum. The restoration of the architect Ştefan Sturza brings back to the façade the 18th century ornamentation, emphasizing this way the bound with the baroque square where it sits. Before becoming one of the city’s major public buildings, it suffered a severe state of abandonment during the 80s and 90s. This degraded context served as a stage set for the first free art festivals in post-communist Romania. “Stare fără titlu” (“State without a title”), „Pământ” (“Earth”) and „Zona 1” took place in the euphoric atmosphere of the city in which the revolution that overthrow the communism started, betting on the regain of individual and public freedom and on the reconquer of the abandoned location of the museum by the public. The experimental nature of these festivals fits between the directions proposed by the artistic group Sigma, which worked between 1960s and 70s and whose works stand today in the museum’s permanent collection.