Józef Robakowski (b. 1939) studied art history in the Department of Fine Arts of the Mikołaj Kopernik University in Toruń, and cinematography at the National Higher School of Film, Television and Theatre (PWSFTviT) in Łódź. In Toruń, he was the founder of artistic collectives Oko (1960), Zero-61 (1961-1969), and Krąg (1965-1967), and member of the “Pętla” Student Cine Club (1960-1966). In Łódź, he co-organised the Workshop of Film Form (since 1970), and the “Stacja Ł” Television Creative Group (1991-1992). His artistic practice includes films, photographic series, installations, drawings, objects, and conceptual projects.

Józef Robakowski is a legendary figure of the Polish avant-garde with his specialized tools being film, video and photography. He has also done installations, objects, pictures, drawings, and practiced interventions and performances. He committed himself to teaching, theory and art criticism, giving lectures and coordinated artistic actions, including the direction of a private gallery. The avant-garde experimental film movement of the 1960s and 1970s is closely associated with Robakowski. Inspired by the tradition of the metaphorical montage from avant-garde cinema, he succeeded in subverting the communist reality of the 1960s. Relying on the idea of the transmission of energy, many of his works of art record biological and mechanical processes, the effect of an encounter between the camera and the human body. The result emerges as fundamentally political. The artist calls it self-observation. The emblematic example, From My Window (1978-1999) is an obsessive observation of the artist’s courtyard in Łódź. He recorded the neighbors and the changes that occurred over the years, concluding the film at the fall of the regime when a shopping center is constructed and eventually obstructs the view from his window. 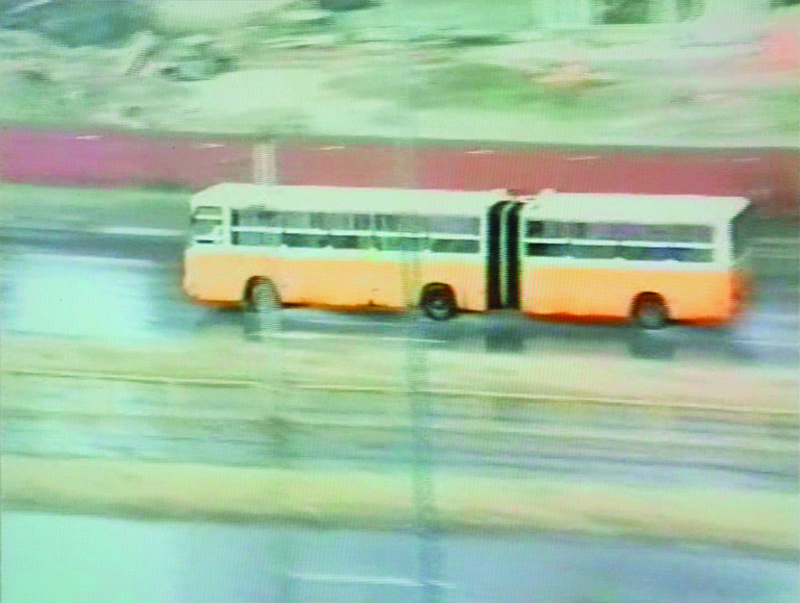