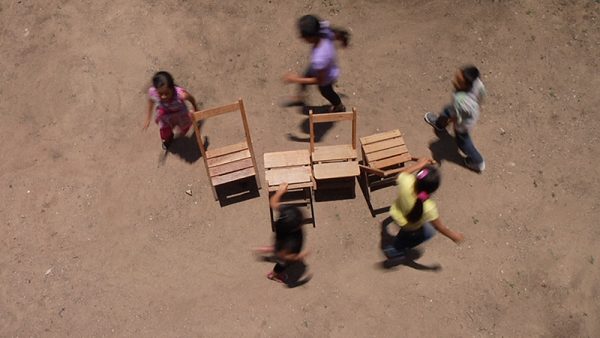 The promise of the ideal community supplies projections of the future world, even if these have lived through different forms of limitations, as is the result of reflections on “unavowable communities” (in celebration of the studies of Maurice Blanchot which give this chapter its title) or about “the absent community” (Jean-Luc Nancy). Perhaps solidarity isn’t finished yet, and its models shouldn’t be totally dismissed. If we look around us, we find the purest forms of aggregation and coexistence among groups of children. Their micro-universe is a rethinking of the relationships between adults, and a simplification of the horizon we usually look on distrustfully. Children invent games when they don’t know how to play them, rewrite the rules if they don’t suit them, hijack the objects and endow them with new functions, they clear other paths and shortcuts. The ease with which they reinvent the world around them makes our obsession over relationships to power look ridiculous. These models extend towards other artistic endeavors so as to question the concept of belonging, the relationship between local and global, and cultural identity.