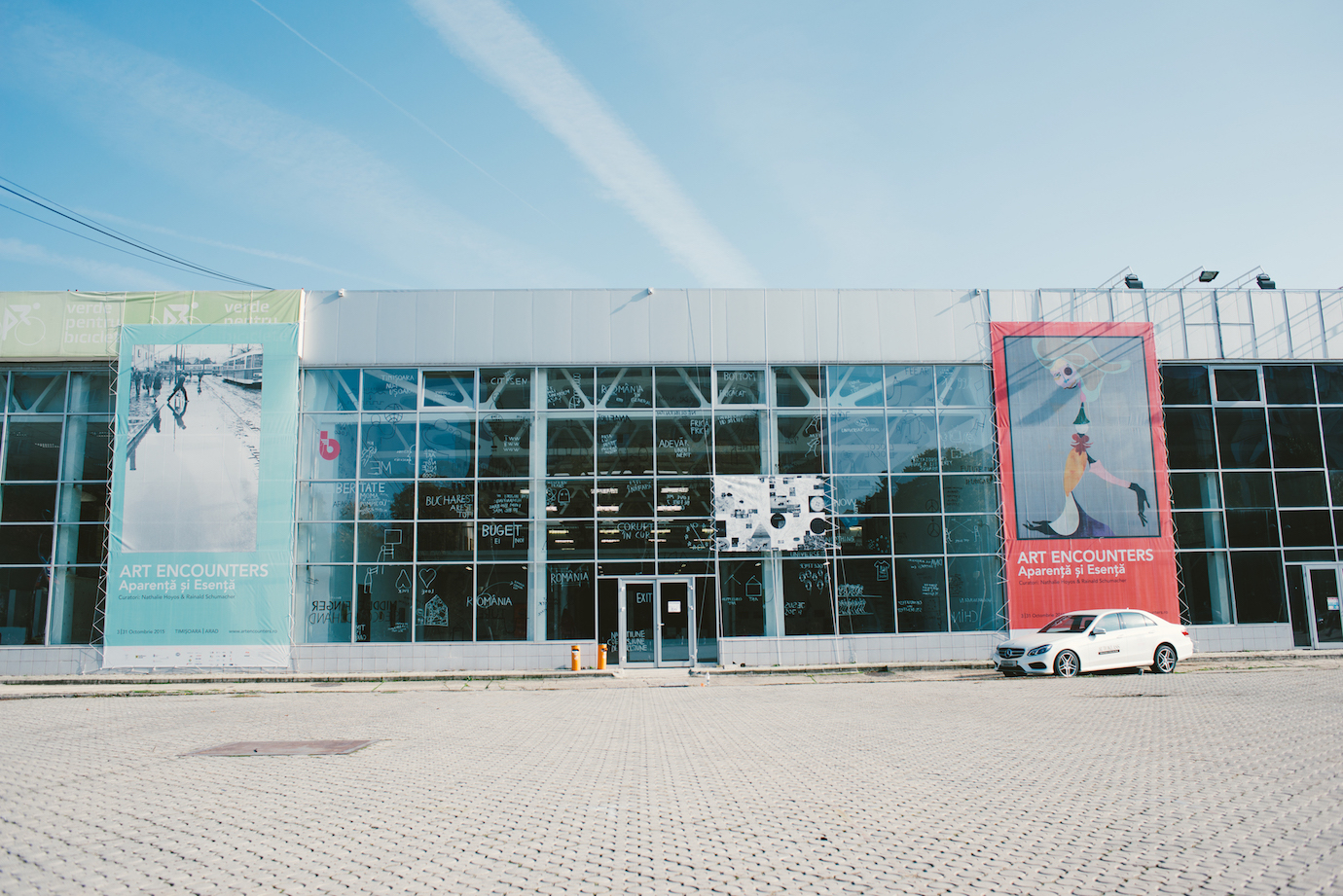 Former industrial space, the Timco Halls will become one of the main locations of the Art Encounters Biennale. Prior to 1989 the “6 Martie” (“6th March”) enterprise used to run inside the building. It produced industrial equipment and had near to 2000 employees. On 19th of December 1989, during the Romanian Revolution, the factory was one of the first places where mass protests erupted, together with others such as “Elba”, “Azur” or “Solventul”. After 1989, the factory is privatized and narrows much of its activity, maintaining only a small part of the initial building up and running, much of the remaining parts of the building being rented. The Timco Halls opened to the art public in 2010, with the exhibition “În miezul lucrurilor” („In the middle of the things”), curated by Ileana Pintilie, followed up by “Posibil-Nesigur” (“Possible-Uncertain”) in 2011 and “The Vanishing Point” in 2014, all group exhibitions associated with the Centre of Contemporary Art Calina. With minimum interventions, the old industrial location is given a new function, offering this way the city means to host large-sized events, especially annual exhibitions of the graduate students of the Art and Design Faculty. Various other exhibitions from the international circuit were also held here, such as “Să nu ucizi” („Do not kill”), curated by Alexandra Titu or „Invasion 68 Prague” that displayed the works of the Czech photographer Josef Koudelka, centred around the 7 days of the Russian invasion of the city of Prague.