Cătălin Ilie (b. 1982) has been living in Berlin since 2008. He graduated from the University of Art in Bucharest, specializing in photography and new media. His longterm projects are constructed around repetitive actions, and audio and ambient recordings created specifically for his objects, videos or drawings.

Cătălin Ilie is interested in sound as an essential source in configuring matter, through a continuous research, subjective and empirical. Trying to build a dialogue with the immediate reality based on intuition and sensibility, the artist is looking for newer and newer images of „the sublime”. The simplest actions are integrated in a vocabulary that refines them in a hypnotic environment, clear and meditative. The natural chaos of order is an installation based on the effects of error that generate a space dynamic. Perceived as impulses which transform the nature of reality, the error reveals the failure of any system – „the error that transforms a ribbed space in a smooth space”; due to sound vibrations, chess pieces are disorderly mixed, but it is only then that they become real, beyond rules and anticipation strategies. The two roles of the game – that of a winner and the one of loser – prove to be irrelevant. 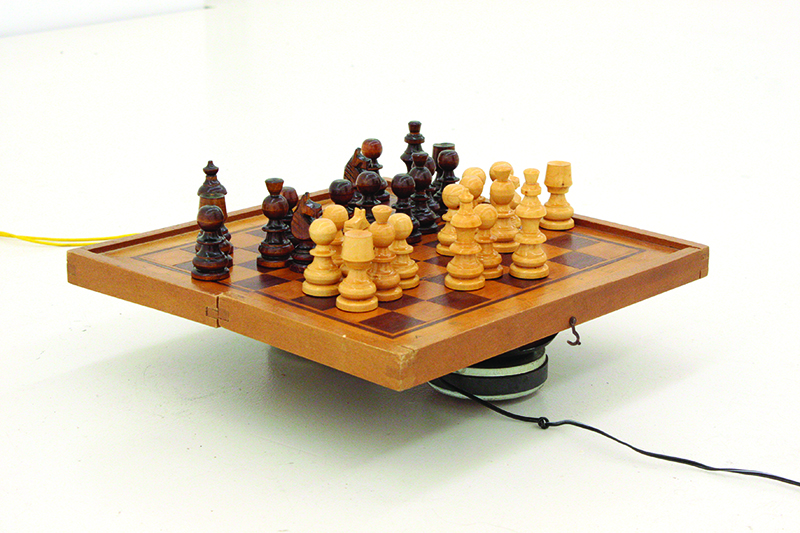