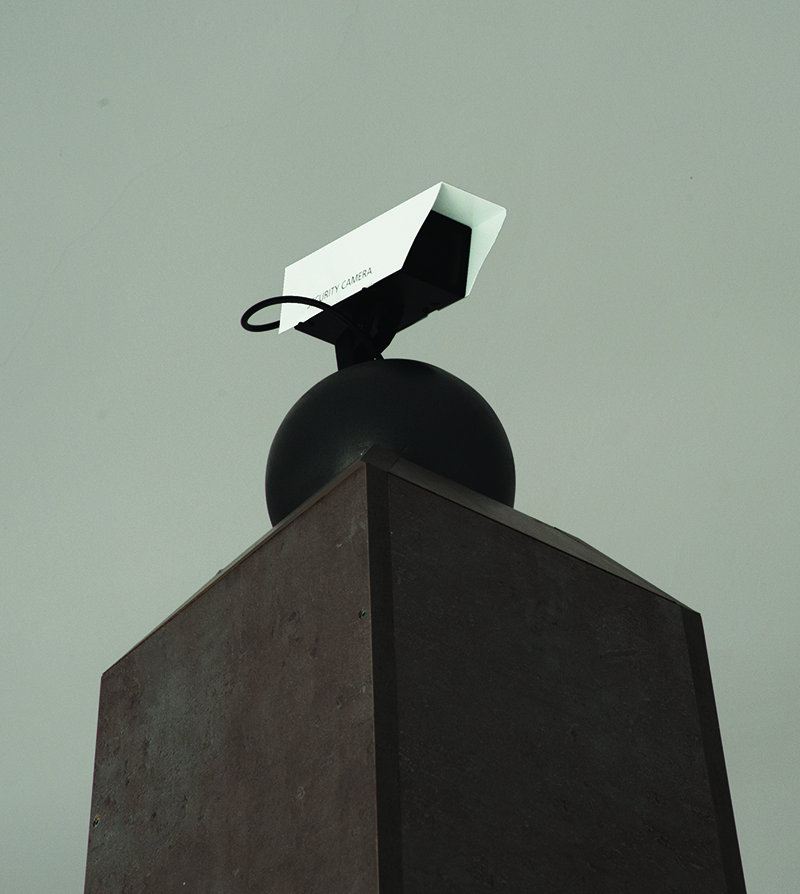 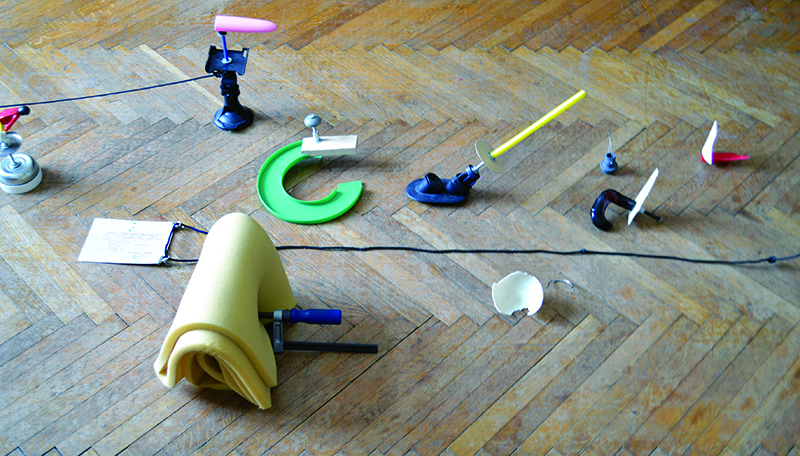 Sándor Bartha (b. 1962) graduated the Art School in Târgu Mureș in 1980. Between 1982 and 1986 he studied at the “N. Grigorescu” Visual Arts Institute in Bucharest (today the National Art University of Bucharest), the Painting department.
Marion Baruch

In the 90’s, Marion Baruch (b. 1929) signed her works under the label Name Diffusion, leading her artistic actions in the form of a non-embodied collective. She constantly renews her practice, and now intervenes with fabric remnants that occur when pieces of clothing are cut.
Liliana Basarab 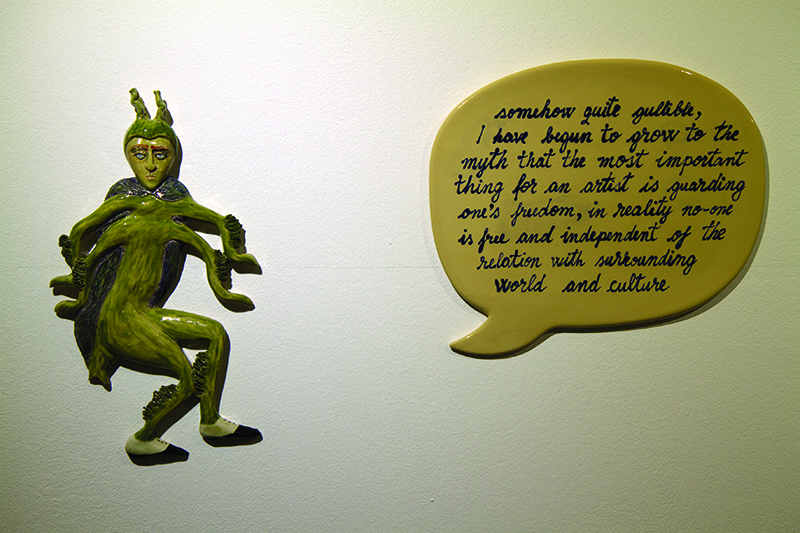 Liliana Basarab (b. 1979) is a visual artist currently based in Bucharest, who began her career in Iași in early 2000. Her socially engaged practice is often seen as a commentary on the notion of representation. Basarab employs a variety of media including performance, sculpture, drawing, workshops and video.
Basic Facts 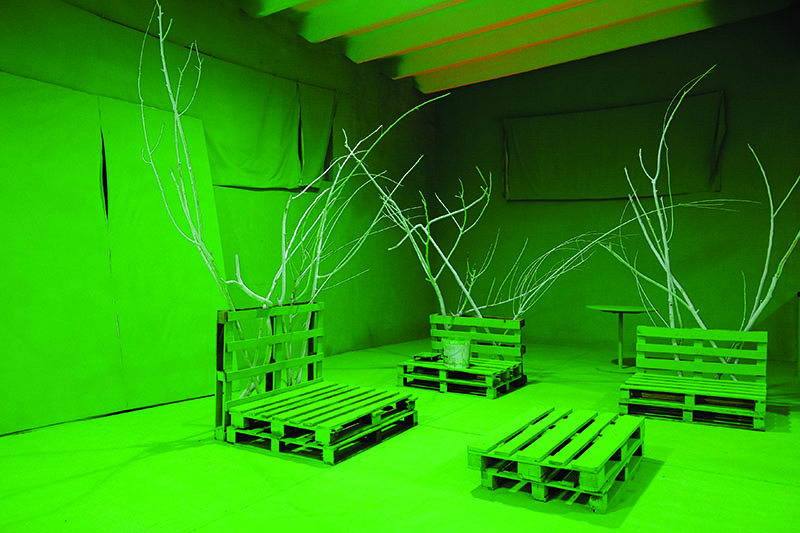 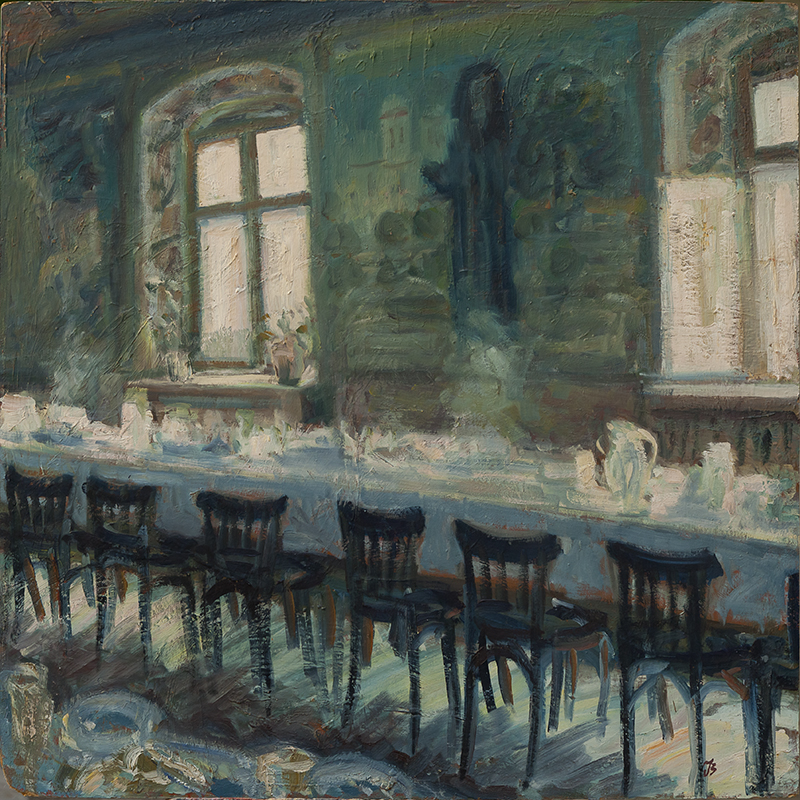 Ioana Bătrânu (b. 1960) lives in Bucharest, Romania. She approaches marginal themes with acute sensitivity, in a permanent vacillation between subjectivity and reality. There are a few themes which constantly come back (Melancholic Interiors, Enclosed Gardens and Latrines) and which, seen together, form a coherent image of her personal project: looking for the point in which the break with the world and the attempt to make peace with it are simultaneous in her existence.
Anca Benera & Arnold Estefan 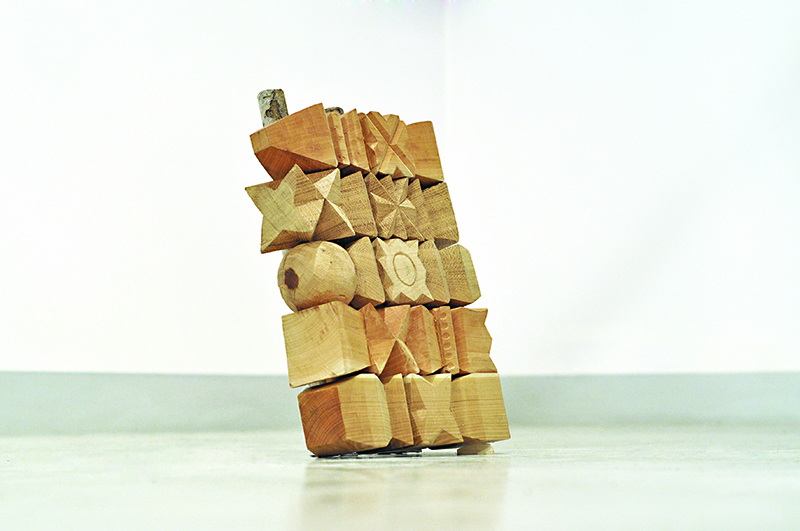 Anca Benera (b. 1977) and Arnold Estefan (b. 1978) work in a range of media spanning installation, video, performance, drawing, and urban intervention. They examine power relations in social, economic, and political contexts to reflect on society as being a tissue of laws and conventions that must be permanently re-imagined.
Horia Bernea 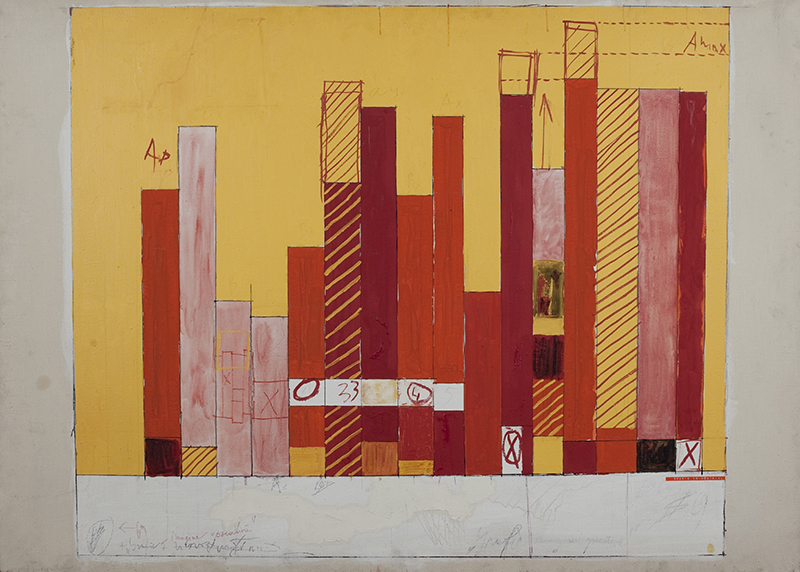 Horia Bernea (1938-2000) was one of the most influential Romanian artists since the 1960s. After incomplete studies of mathematics and architecture, Horia Bernea graduated from the Pedagogical Institute in Bucharest, with a specialization in drawing.
Ștefan Bertalan 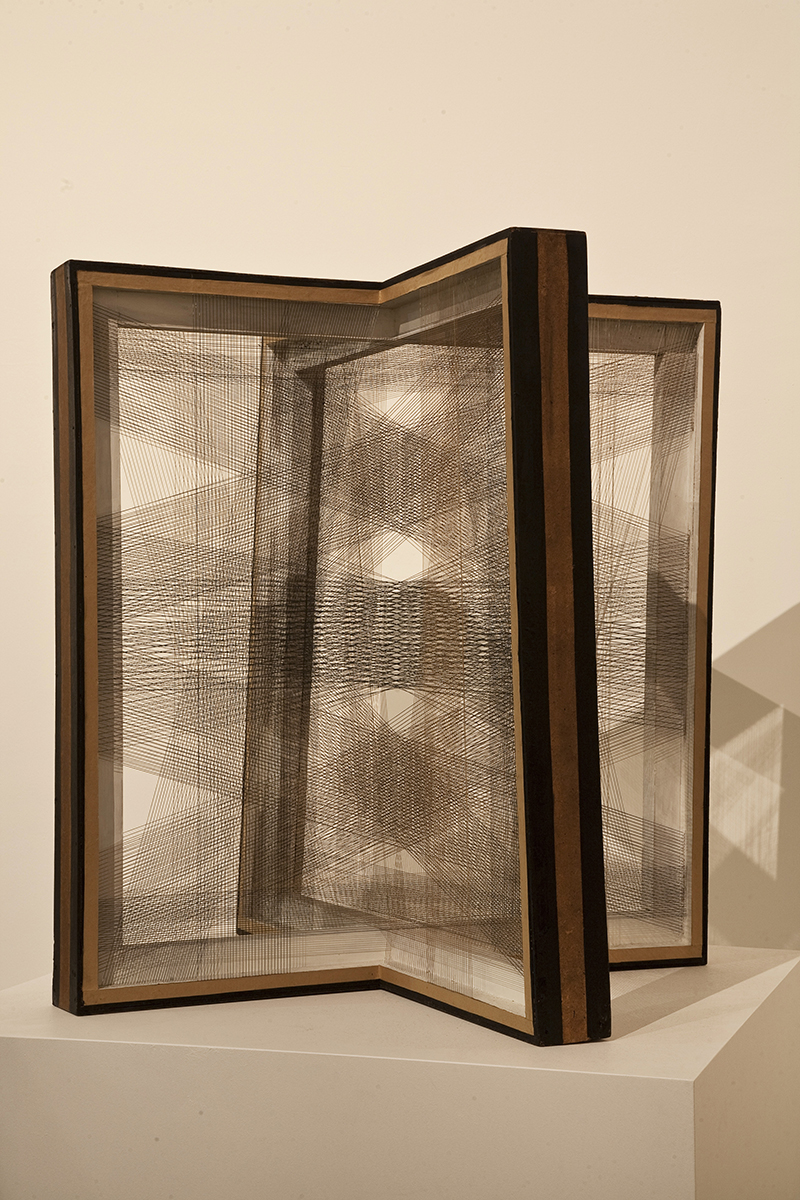 Being a member and cofounder of the 111 group, with Roman Cotoșman and Constantin Flondor, and of the Sigma group, in 1970, Ștefan Bertalan had an artistic activity deeply connected with the particular interest he had for new mediums and new materials, being one of the first members to experiment with these (ever since the 111 group period).
Dan Beudean & George Crîngașu George Crîngașu (b. 1988) lives and works in Cluj-Napoca, Romania. His practice focuses on data de/recontextualization, with work ranging from installation and video to print and painting.

Dan Beudean (b. 1980), an alumnus of the University of Art and Design Cluj, graphics department, is known and appreciated primarily for his drawing work – often fantastical images stemming from an exacerbated perception of reality. Michel Blazy (b. 1966) shows a preference for materials and objects issued from the industrial circuit as well as for living organisms. His metamorphic, hazardous and unpredictable artworks which reunite artificiality and nature prove that no matter can possibly be inert.
Alex Bodea 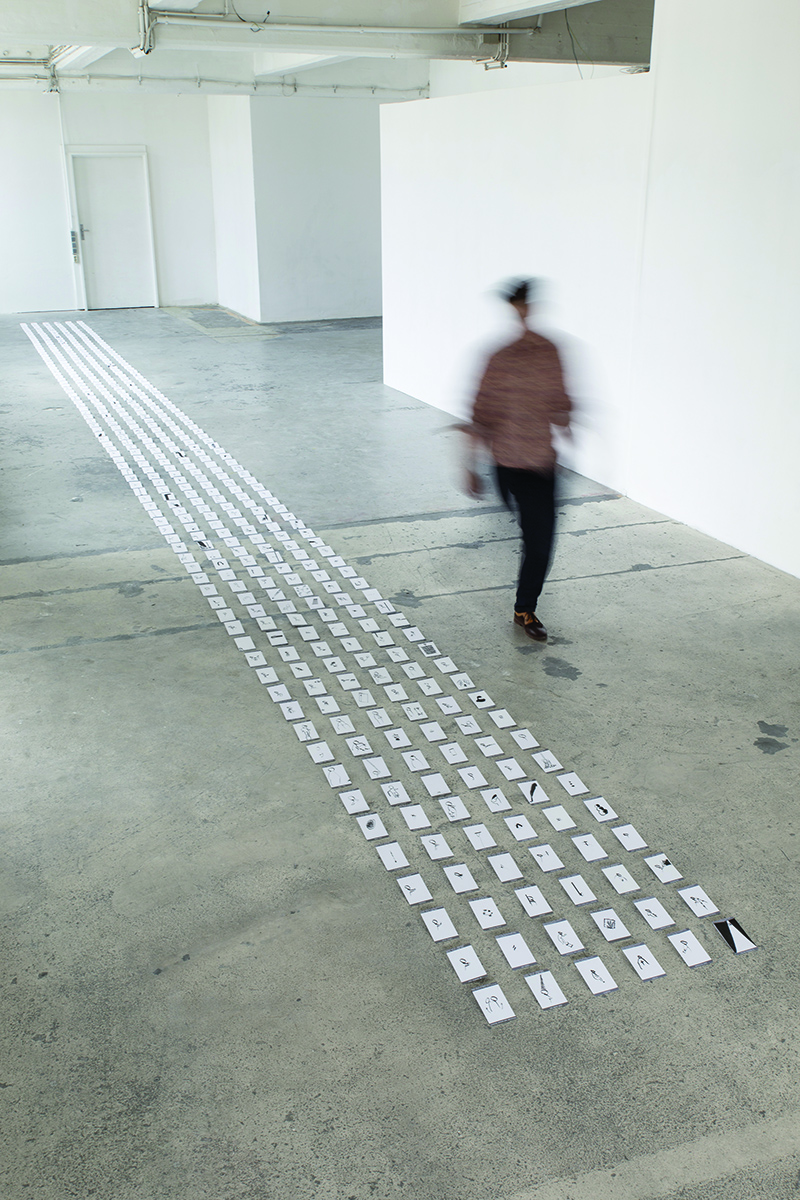 Alex Bodea works at the crossroads of visual art, poetry and journalism. Fuelled by a desire to witness and record, she makes use of drawing and text, both stripped down to the essentials.
Bogdan Matei - The Room 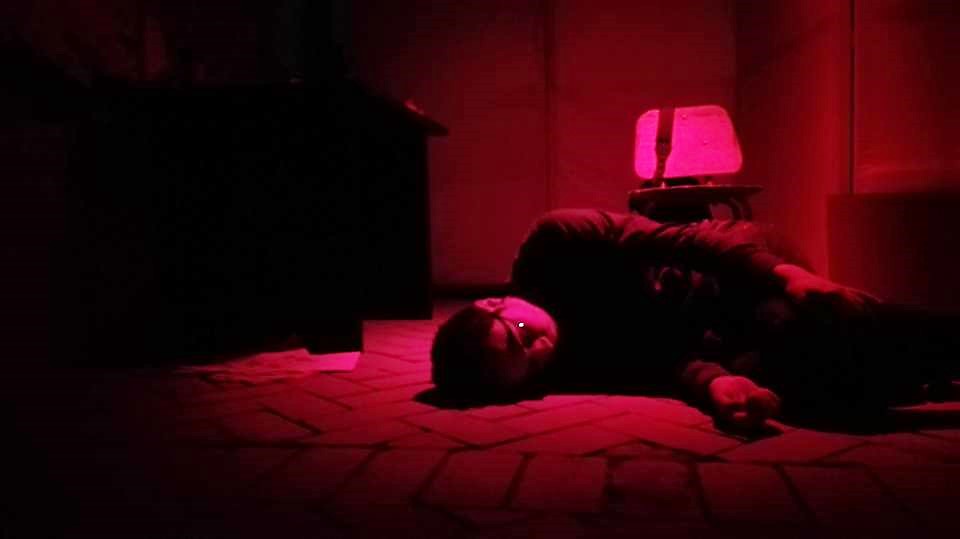 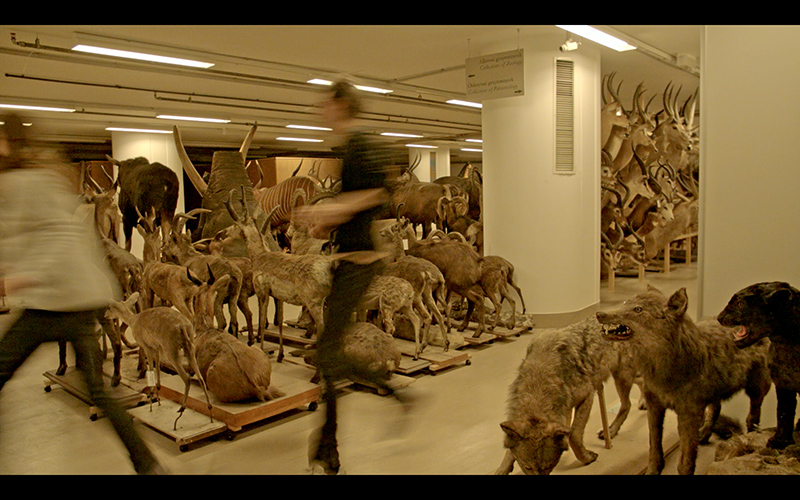 Irina Botea Bucan lives in Bucharest, Birmingham and London. After graduating from the Art University in Bucharest, the artist earned her Master’s degree from The School of the Art Institute in Chicago. In 2015, her personal exhibition “It is now a matter of learning hope” was selected (together with eight other exhibitions) by the International Association of Art Critics in the US for the best exhibition format.
Ștefan Botez Ștefan Botez (b. 1983) studied architecture in Bucharest and visual arts at the University of Art and Design in Geneva, obtaining a certificate of advanced studies in implementing artistic practices in public space (2011) and a Masters in visual arts (2014).
Răzvan Botiș Răzvan Botiș (b. 1984) observes reality and processes it with finesse and humor in works with varied media of expression, the most recent of which are ceramics. His works overturn conventional perception and preconceived ideas through a detached and lucid approach, speculating the apparent simplicity of certain gestures and situations.
Alin Bozbiciu 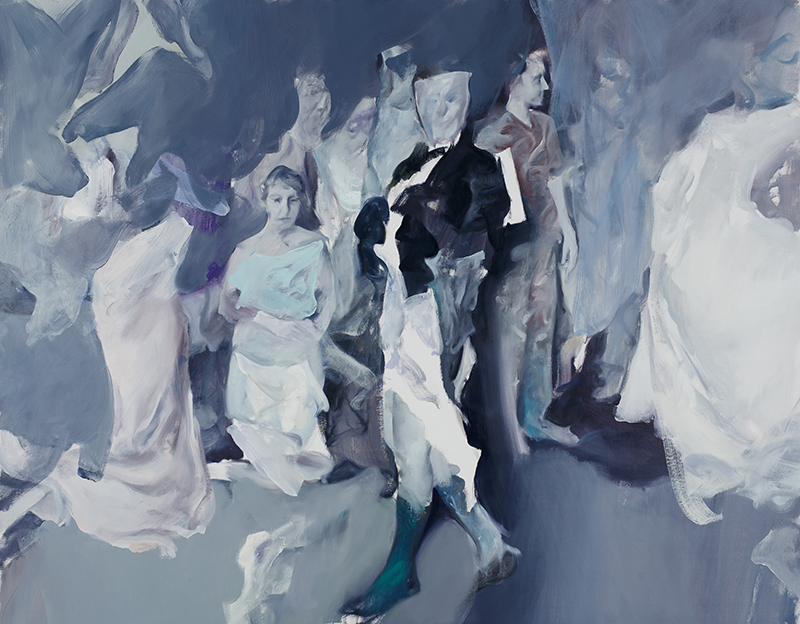 Pavel Brăila (b. 1971) lives in Chișinău. In 2001 he was Artist in Residence at KulturKontakt Austria. Brăila has received the Award of the region Nordrhein-Westfalen (Germany) for his film “Definitively Unfinished” at the International Short Film Festival Oberhausen. In 2002 his film “Shoes for Europe” was shown at documenta 11. In 2007, as an artist in residence at the “DAAD Artists in Berlin Program” Braila presented his installation “Barons’ Hill” at the New National Gallery in Berlin (Germany). 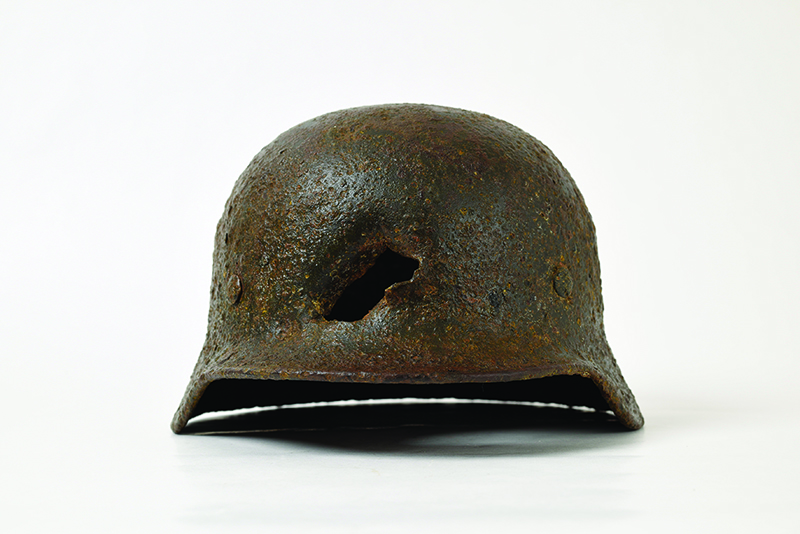 Michele Bressan (b. 1980) is publicly known for his work in photography, for which he won the Essl award and was nominated for the Henkel award for art in 2009.
Bogdan Gîrbovan (b. 1981) became known for his photography series, created over time, following a relevant study subject for Romania’s recent history and social hierarchy.
Cornel Brudașcu 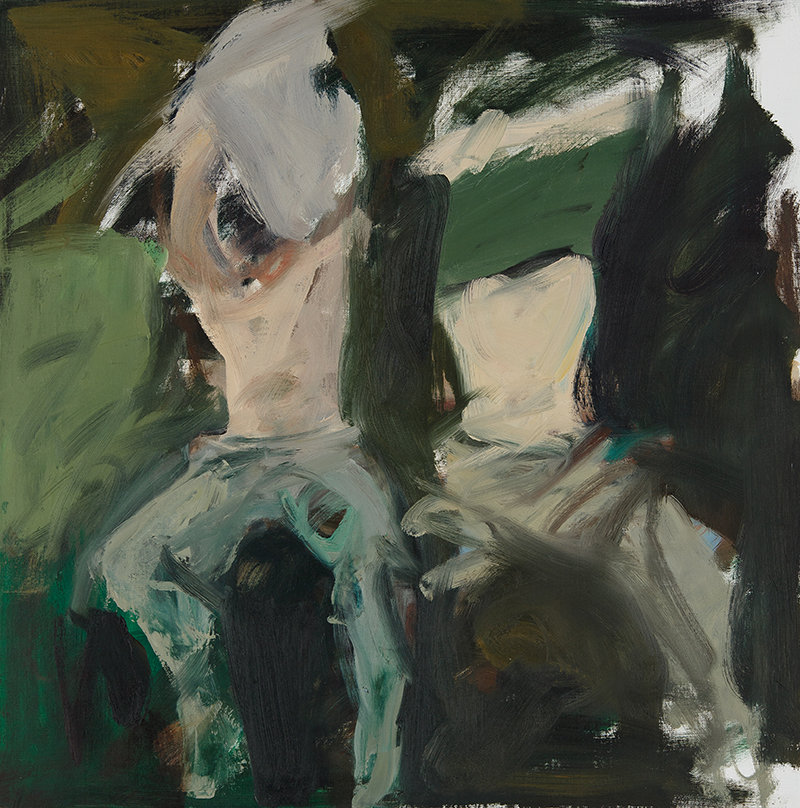 Cornel Brudașcu (b. 1937) studied at the “Ion Andrescu” University of Art in Cluj-Napoca. An iconic painter of the 70s neo-avantgarde, he is one of the few Romanian artists associated with Pop Art artistic expression, later diverting his attention towards hyper-realism.
Dora Budor Dora Budor (b. 1984) studied Visual Arts (New Genres) at the Columbia University School of The Arts, New York and received her MFA in Design (School of Design – Visual Communications Department) from the University of Architecture, Zagreb (2003-2008) where she also followed Architecture Studies (2003-2005).
Igor & Ivan Buharov 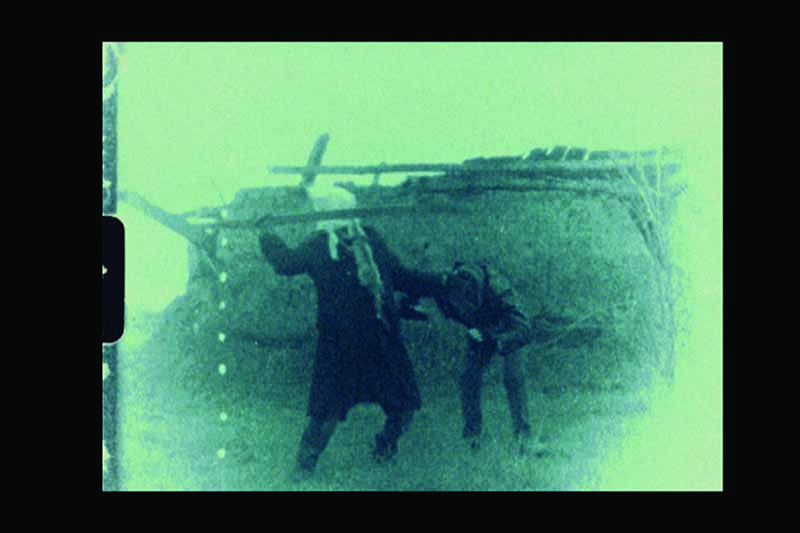 It has been more than 22 years that Kornél Szilágyi (n. 1971) and Nándor Hevesi (n. 1974) have been working together, under the pseudonym of Igor and Ivan Buharov. They have been producing and directing several films.
A.K. Burns & A.L. Steiner A.K. Burns (b. 1975) is an interdisciplinary artist and educator focused on the body as a site of social and political tumult, who uses video, installation, sculpture, drawing and collaboration to query the space between materiality and language. Each chosen medium reflects her personal bond to cultural phenomena, questioning and reshaping “economies of gender, labor, ecology, and sexuality”.