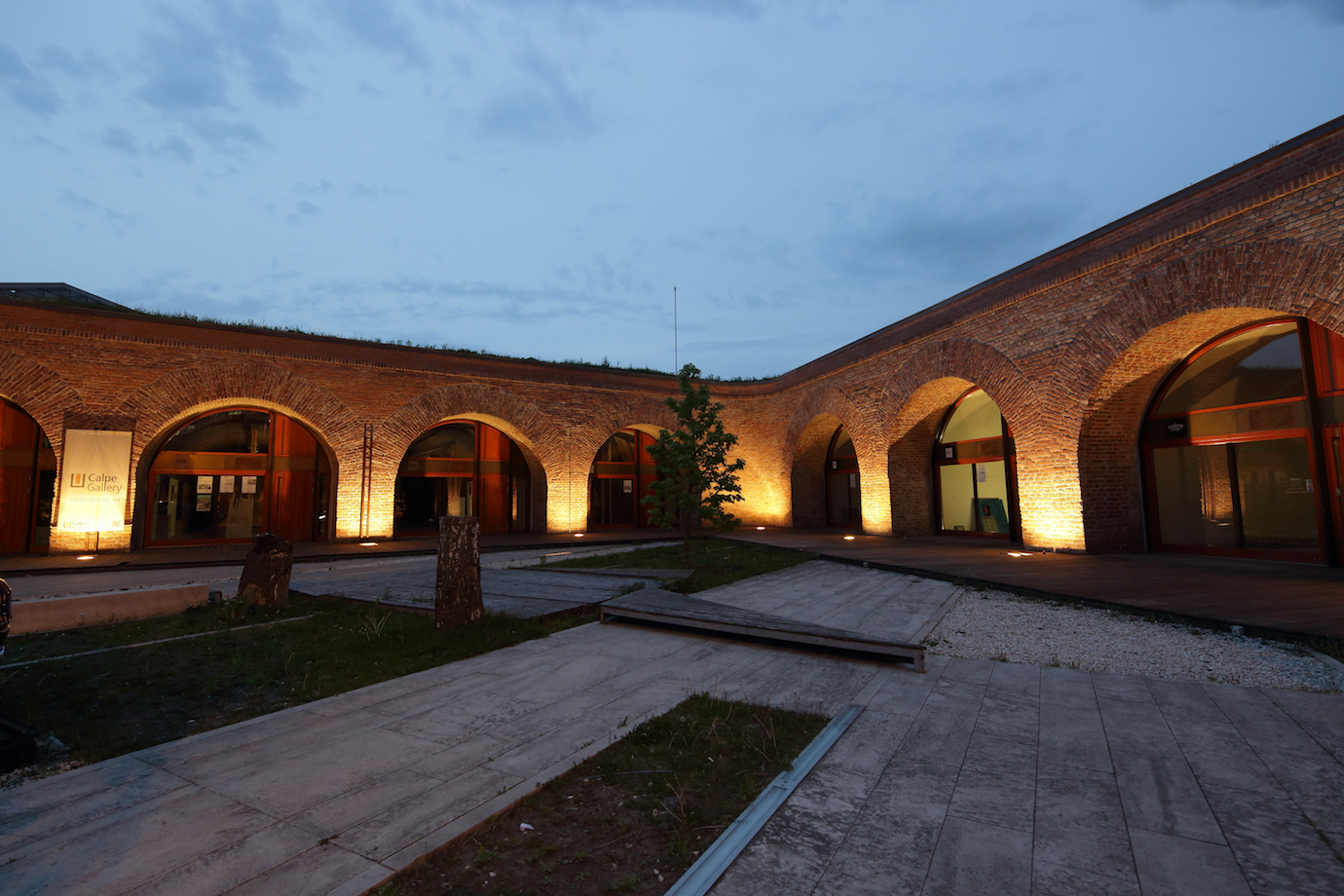 Calpe Gallery was opened in 2012, in building D of the Therezia Bastion in Timișoara.

The bastion was built in 1738 part of the complex 9 cornered star-shaped fortress system. The building still remains the biggest fortification still standing in the city and one of the few traces of the former fortification of Timișoara, constructed by the Austrian Imperial administration between 1723 and 1765. Starting with 1891 a long process of defortification of the fortress begins in order to serve the city’s needs of development and also because of major changes in military equipment. The monument is restored in the 70s, suffering major concrete reinforcement interventions, the architectural potential being totally neglected. In 2003, after an architecture contest, a large number of planners conducted by the architect Marius Miclăuș begin the restoring works which will end in 2012. The project aims on creating new urban center of the city, treating the existing surfaces as carefully and noninvasive as possible by relying on reversible interventions and by detaching the new materials from the historic structure. The gallery itself unfolds along four spans covered with cylindrical vaults. The program of the gallery took advantage of the flexible and full of expression location in which it functions, preparing during the years some extremely heterogeneous events. Along the basic art-exhibiting activity of the gallery, focused on contemporary art, the gallery also hosted live concerts performances. Calpe Gallery is mostly preoccupied with supporting the artists from Timișoara from different generations such as Leon Vreme, Viorel Cosor, Horia Bojin, Suzana Fântânariu, Vlad și Delia Corban, but also artists from outside the city like Marin Gherasim and Alina Rizea, Ion Sălișteanu or Ana Ruxandra Ilfoveanu, and also organizing two interesting art projects, the painting symposium from Gărâna and the art symposium from Thasos Island in Greece, concluded at the Calpe Gallery with the "Inside Greece" exhibition.