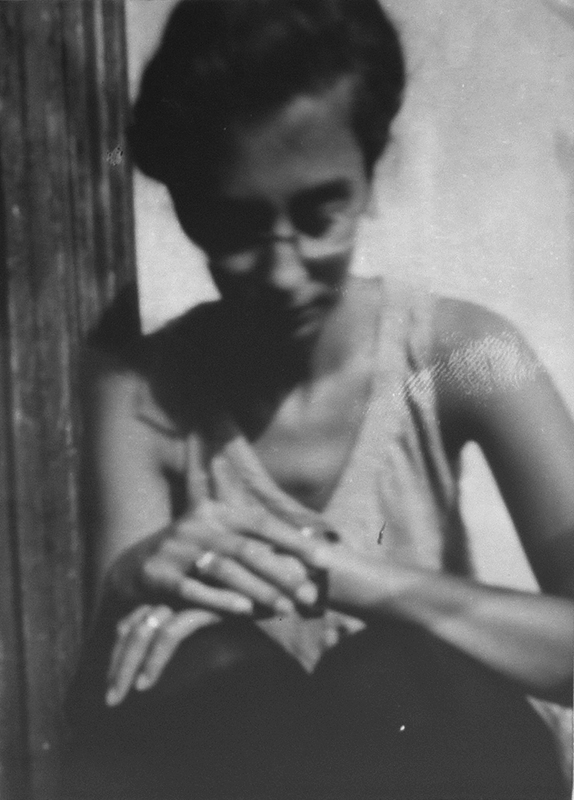 Preoccupied with bookbinding, Márta Adorjáni (b. 1987) creates artist’s books, combining various graphical and printing techniques in her artistic practice. She has coordinated multiple bookbinding workshops within the project “The most beautiful books in Romania” and during the Minitremu Art Camp.

Márta Adorjáni’s artistic practice focuses on the artist book and book binding, on the study of printing techniques, photography and graphics. In the series Initiation in the Art of Seeing, Márta works based on a notebook of her childhood drawings, clipping the contour of the drawings and the written letters. The paper “lace” thus obtained is subsequently used to make photograms developed in the sunlight which recompose the relation between positive and negative, between fullness and void. The layers of this process of image decomposing and recomposing mirrors the unequal rhythm of memory and the narratives about the past. 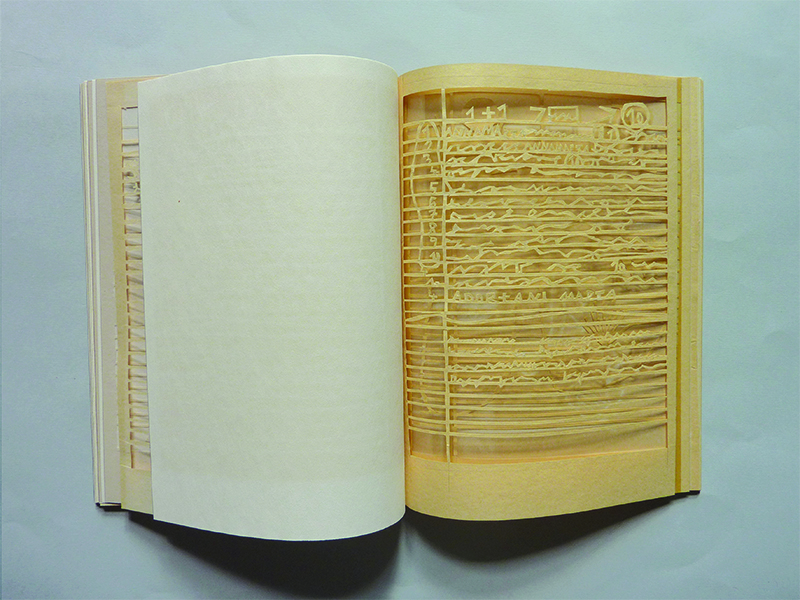