Mona Vătămanu (b. 1968) & Florin Tudor (b. 1974) have been working together since the year 2000. Using multiple techniques (film, photography, painting, performance, site-specific interventions), the artistic duo identifies and highlights common traits of postcommunist space, focusing on themes such as the flow of capital and the power relations in the global economy, to resignifying social utopia.

Mona Vătămanu and Florin Tudor have been working together since 2000, focusing on relevant themes for contemporary society, reflecting on a common space, such as collective memory, community belonging, or the dynamics of social relations dictated by money. Il Mondo Novo paraphrases the painting of Giandomenico Tiepolo (18th century) and reiterates this motif in various formulas over time. In the original work of art, the group of people has gathered to see images from the new world, although it may also seem that they are looking at a fluid and uncertain horizon. In the reinterpretation of these two artists, the group of people contemplates the ruins of a world in which nothing is left to be discovered, everything that is new being a regurgitation of some old principles and an unsolvable contradiction of the city outskirts. 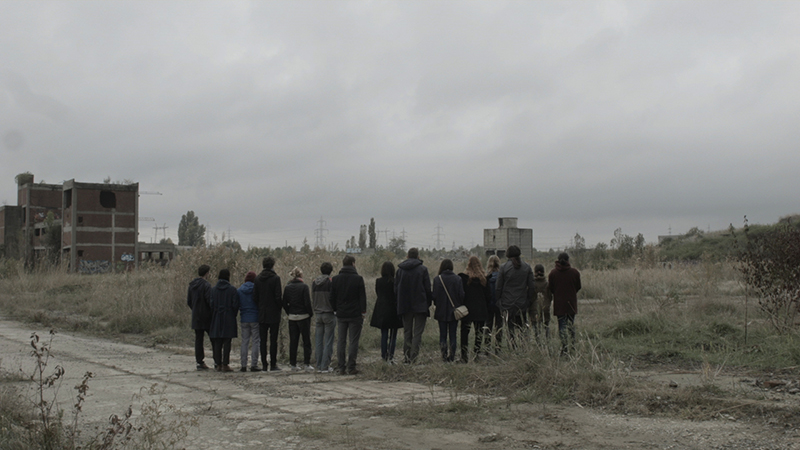