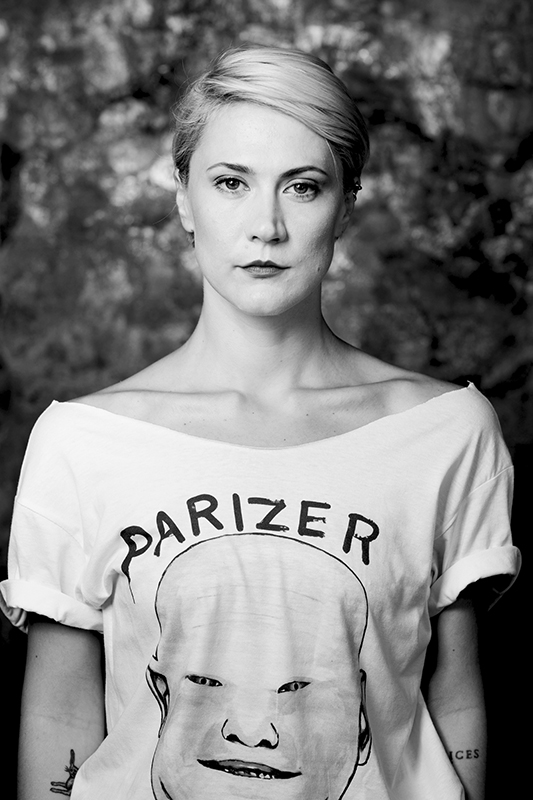 Lea Rasovszky (b. 1986) graduated from the Photo-Video department of the University of Arts in Bucharest, in 2008, and from the same department’s Master’s program, in 2010. Her projects question current society’s values and thought clichés, in relation to which she always takes a critical approach. Everything is filtered through an ironic and rough drawing style, often combined with immersive installations which involve the viewer in order to complete the context.

She participated in the 56th edition of the Venice Biennial (the New Gallery of the Romanian Cultural Institute in Venice, 2015).

Lea Rasovszky is interested in marginal “cultural” subjects, from categories such as kitsch, cartoons, “manele”, fitness and other stories or “psychological peripheries”, not only social. Her works of art are, most of the time, portraits in motion of people, situations, and emotions she treats with soft bitter-sweet humor. Soft War is a new work that paradoxically brings together the fear of war and the taste of Turbo chewing-gum, the aggressiveness of the tank and the softness of a plush toy, the tension generated by conflict and the cherry blossom. These contradictions generate a pink and soft military tank, present here to remind us how out of proportion daily human violence is and how easily it can be activated, but also deactivated. 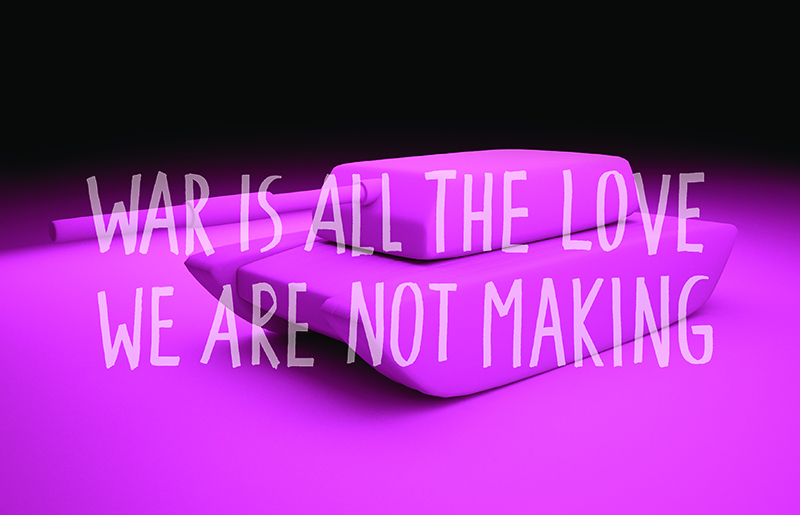