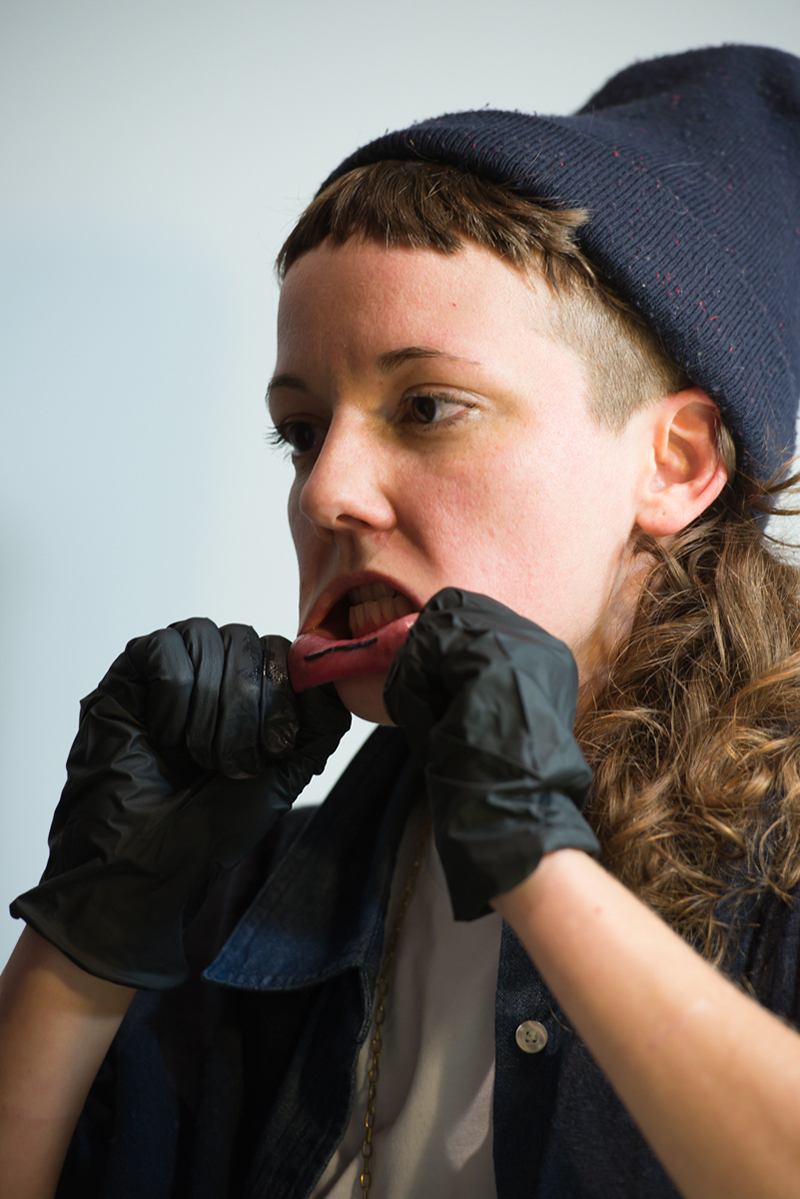 Michelle Lacombe has developed a uniquely conceptual body-based practice since obtaining her BFA from Concordia University in 2006. Recipient of the 2015 Bourse Plein Sud, her work has been shown in Canada and abroad in the context of performance events, exhibitions, and colloquiums. Her artistic practice is paralleled by a commitment to supporting undisciplined forms of art making. She is currently the director of VIVA! Art Action.

Portrayed by a committed and radical return to the subjectivity of the woman’s body, the artist tactically uses bodily transmutations to overturn the boundaries emphasizing the incarnate relationship of the artist to the cultural stories of reproduction and creation.

The Mother Moon is an installation composed of different elements from the multi-phase project Of All the Watery Bodies, I Only Know My Own body of work. Central to the work is a series of 12 photos she took of the moon, accompanied by a series of 364 temporary tattoos that reproduce this astronomical body. The Mother Moon culminates with a final performance in which the artist tattoos her own belly, like a return journey from the moon, symbolizing eternal womanhood to the epicenter of emotions, represented by the abdomen. 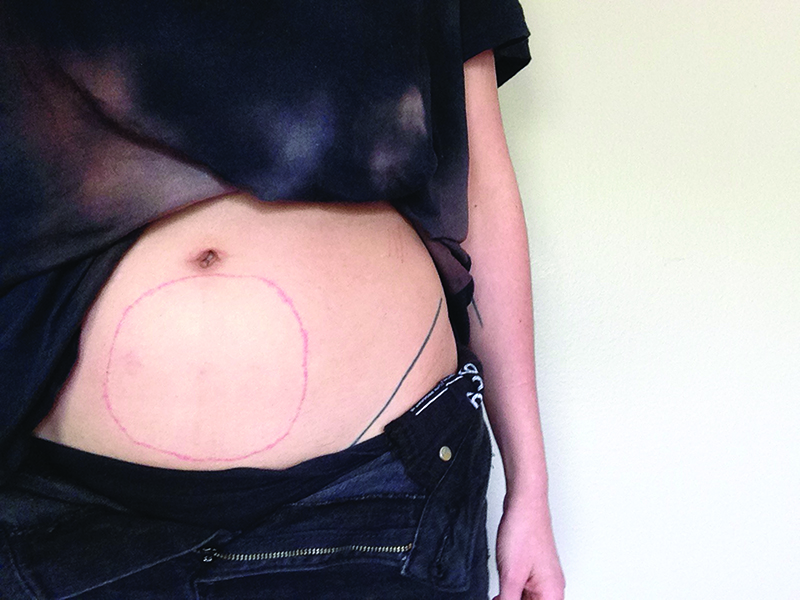 2. Michelle Lacombe, Moon of my Watery Body (2015), from the body of work Of All the Watery Bodies, I Only Know my Ow, body art action (bloodline tattoo), performance, photo credits: Lynn Lane