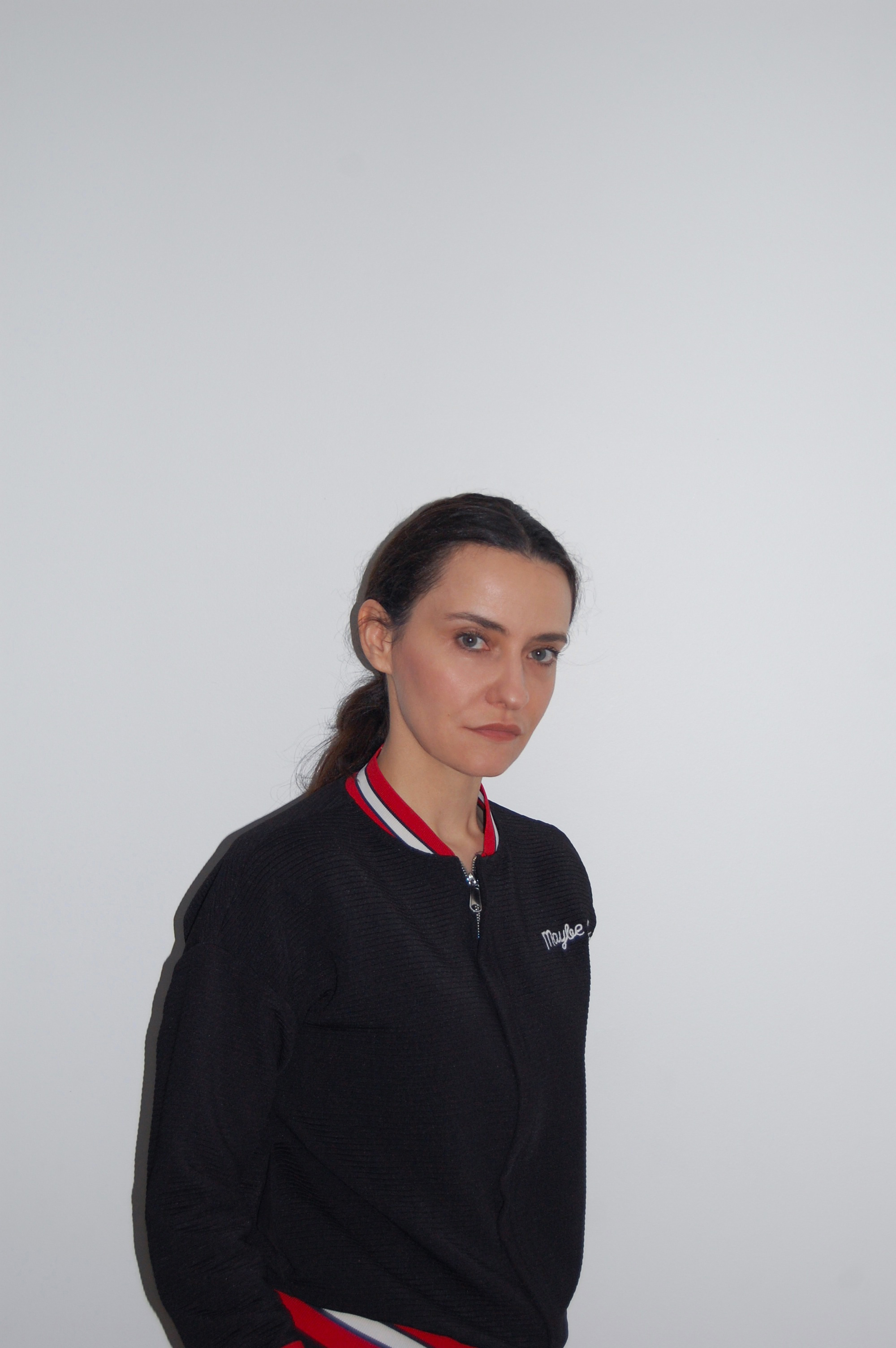 Arantxa Etcheverria (b. 1975) studied art at Villa Arson, Nice, and scenography at Theatre National of Strasbourg. Starting with 2013, the artist has developed an artistic practice centered on the modernist architecture of her studio in Bucharest. Whether it’s painting, installation, or photo-video montages, her work is the result of a thorough analysis of space geometry.

With a rational and speculative orientation, Arantxa Etcheverria uses many historical references (post-communist turbo-architecture, op-art, minimalism, etc.) to conceive works oscillating between the figurative and non-figurative, deformation and reformation, building structures and deconstructing them.

The result is a set of elegant compositions: grids and points connected by straight lines or curves, turning the function of an object into an aesthetic motif.

In Taburet (Equilibrium series) a frame and a light wooden stick are assembled to a stool in a calculated equilibrium. This three-dimensional geometric composition, removed from its everyday function, focuses on a formal reflection of space, form, and time. 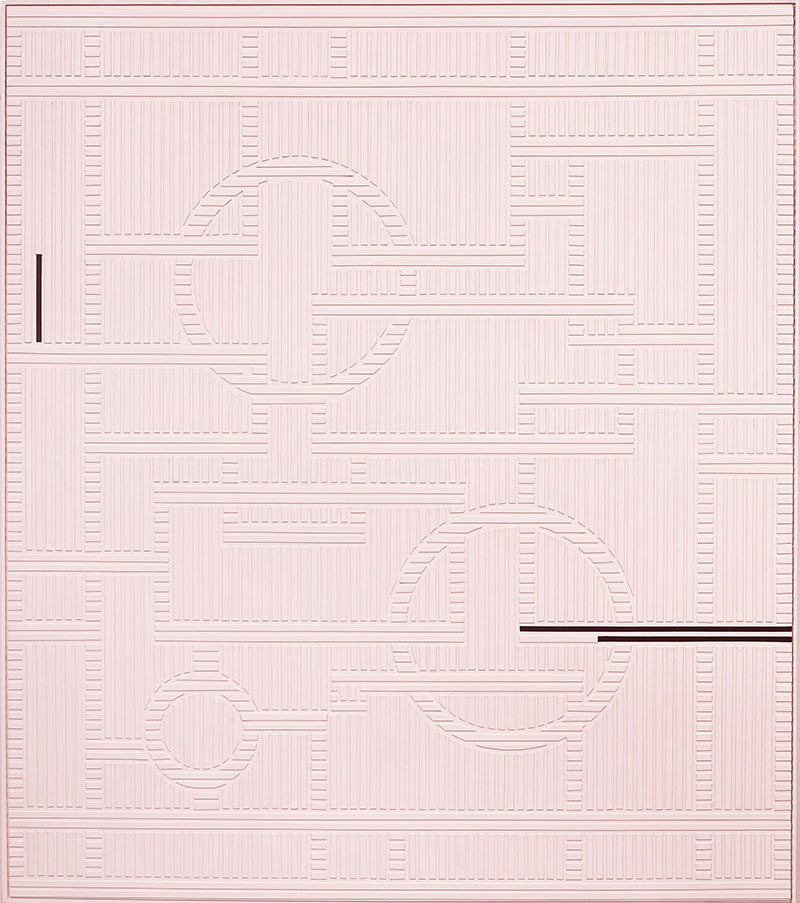