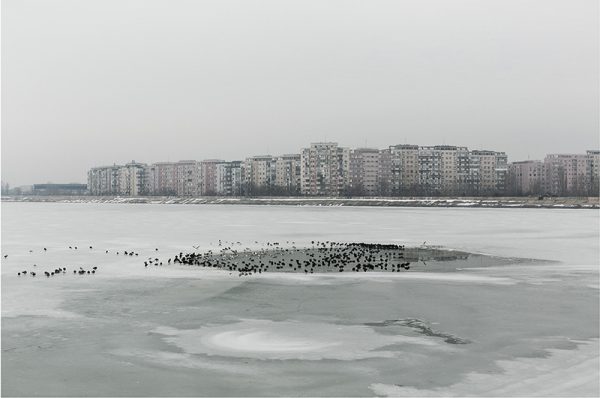 “In January 2016, Sieranevada was in postproduction. It was the moment when I started to look for an image for the poster. I crossed through the city of Bucharest, from East to West, hoping to find, in the heart of the communist neighborhoods erected (built) in the 80s, that image able to say something about myself and the movie I was still working on. Thus, starting from Marcuta cemetery, passing through Ozana, where my home is, and crossing the city center to Lacul Morii, I’ve gathered more than 9000 photographs. One of them became the poster of Sieranevada. (Cristi Puiu, Bucharest)“