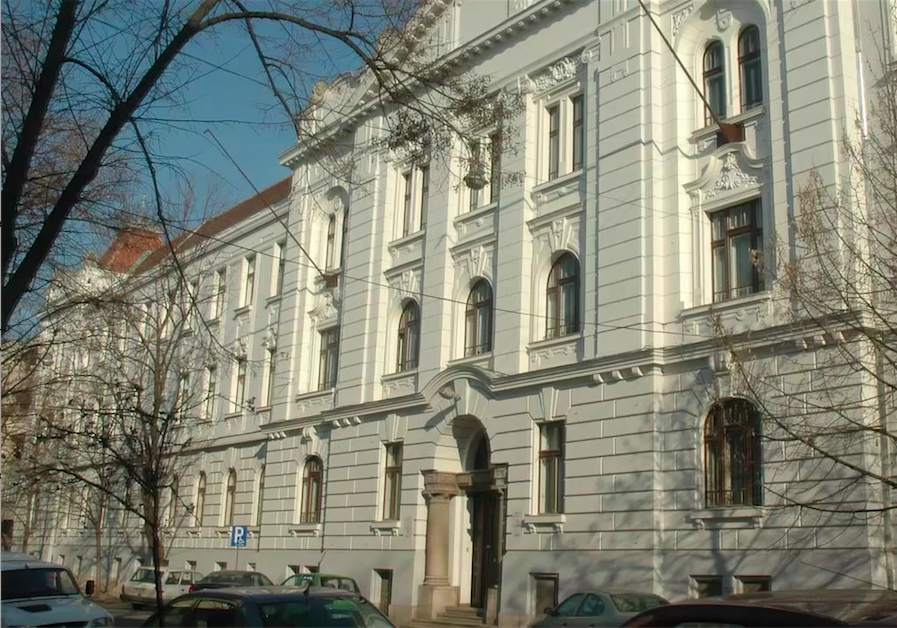 Inaugurated in 1893, the Arad Museum was originally housed in the State Theatre and focussed on the 1848 Revolution. After 1913, when it was moved to the new Palace of Culture, along with the Philharmonic and the Library, the museum was enriched with mediaeval history collections and a gallery of European art. The Museum began to assert its identity, so strongly that in the inter-war period an ethnography section was created, along with two memorials to Transylvanian politicians Vasile Goldiș and Ștefan Cicio-Pop. In 1984, the art gallery began to take shape, in the space in which it can still be seen today. The museum building is a monument of twentieth-century architecture and houses Romanian art (paintings by Theodor Aman, Nicolae Grigorescu, Nicolae Tonitza, and Corneliu Baba, sculptures by Dimitrie Paciurea and Romulus Ladea) and works of the Italian, French, Flemish and Hungarian schools. Contemporary arts activities were catalysed by the presence of Judit Angel and the Kinema Ikon group. In the 1990’s, Judit Angel was head of the Arad Art Museum and initiated its collection of contemporary art. Between 1994 and 1996 she organised three exhibitions representative of her vision as head of the Museum: Art Unlimited SRL, Inter(n) and The Museum Complex (a Romanian-Austrian joint project). Established more than four decades ago, in 1970 to be precise, the Kinema Ikon group became a section of the Arad Art Museum in 1990. In 2012 it was provided with an exhibition space within the Art Museum, where it shows two projects alternately: Wunderkammer and Kinema Ikon: serial. Călin Man, the current manager of Kinema Ikon, was the curator of the Romanian Pavilion at the Venice Biennale of Contemporary Art in 2003.