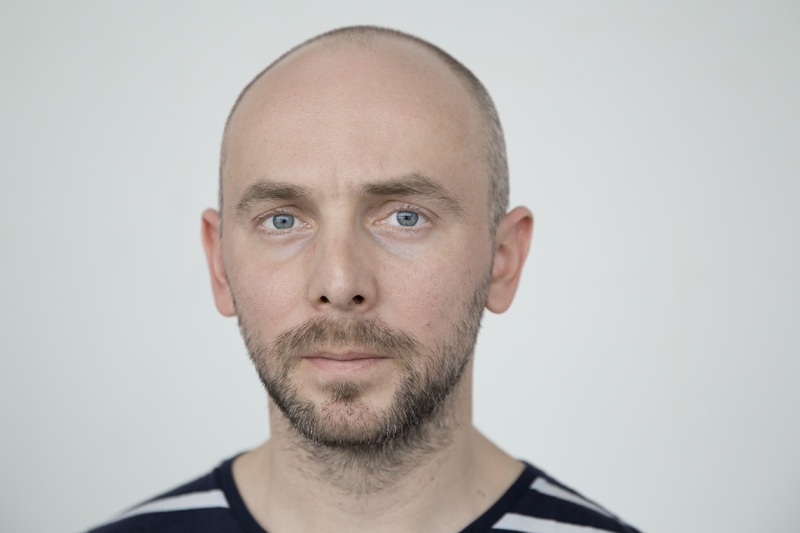 Răzvan Anton (b. 1980) teaches at the University of Art and Design in Cluj-Napoca, works as an artist within the Paintbrush Factory community, and is one of the coordinators of the Minerva Press Photography Collection digital archiving project in Cluj-Napoca. In 2015, he published the artist book Twenty ways of loading weapons, edited by Ciprian Mureșan and Corina Bucea. Currently, he is an artist in residence at the Mediaș Sinagogue and Jewish Community Archives, part of the Absence as Heritage (TRACES) project.

Răzvan Anton is an artist concerned with personal and collective memory, used as instruments of creation in support of the artistic media he uses and the assumed impermanent/ momentary techniques. The work Individual / Community begins from an image in the Minerva Archive – press photography collection from Cluj newspapers Igazság and Făclia from the period 1955-1993. The image used by the artist as a reference point illustrates a parade for the day of 23rd August. Magnifying the image until it becomes abstract, its transfer to another medium, its overexposure to sunlight and the transfer of the images on different supports/ props addresses the relation between the community and the individual, collective memory and personal memory. 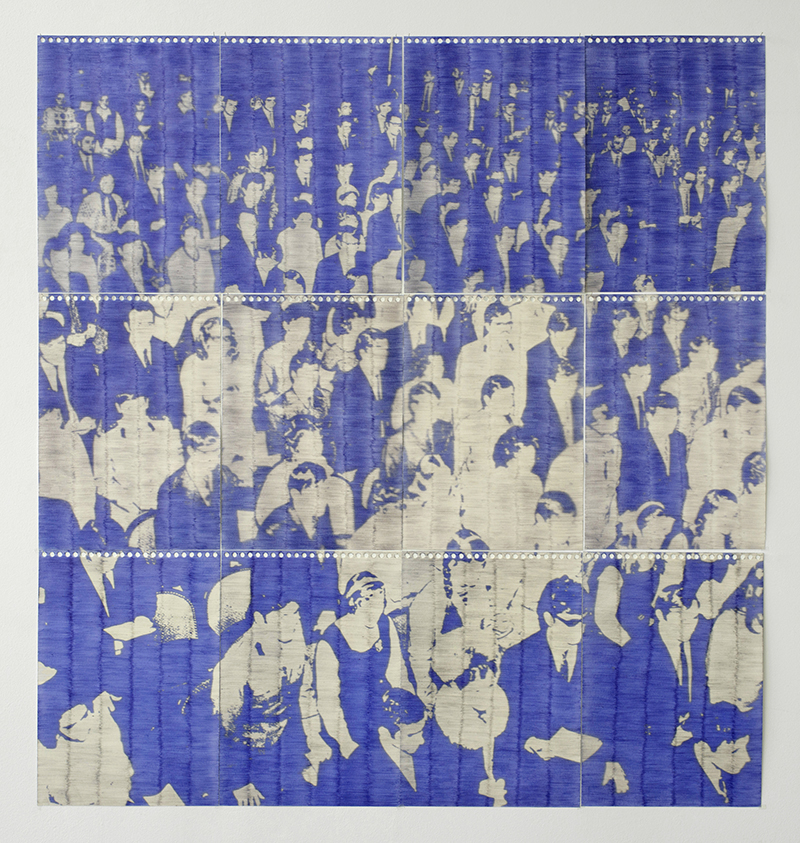