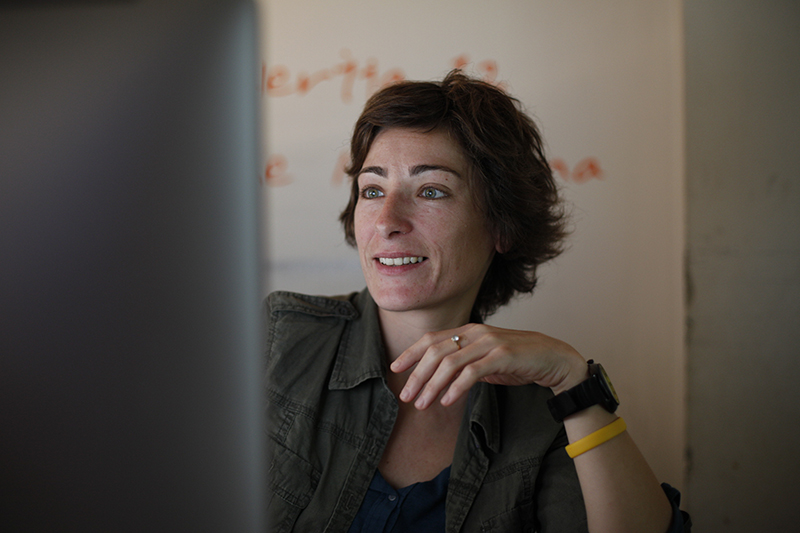 Ana Adamović (b. 1974) is dealing with issues of identity and memory, both personal and collective, by working on the long-term photography and video projects. She graduated at the department for the World Literature at the Belgrade University and studied photography at the Art Institute of Boston. She is a PhD in Practice candidate at the Academy of Fine Arts, Vienna. She founded, alongside Milica Pekić, the Belgrade based Kiosk-platform for Contemporary Art.

In her video works and installations, Ana Adamović invokes historical events and forgotten narratives, relevant in the process of building one’s personal and collective identity. As a starting point, Two Choirs takes the school custom of offering photo albums to Tito, featuring almost invariably a choir in his homage. The same is the case with the photo depicting a school choir of the Institute for the Education of Deaf Children in Zagreb, sent on his birthday in 1962; children are captured while singing, despite their hearing and speech impediments, while being subjected to ideological manipulation. In her video, Adamović reenacts that situation and corrects it: this time the children perform in sign language the national anthem from the 60s. 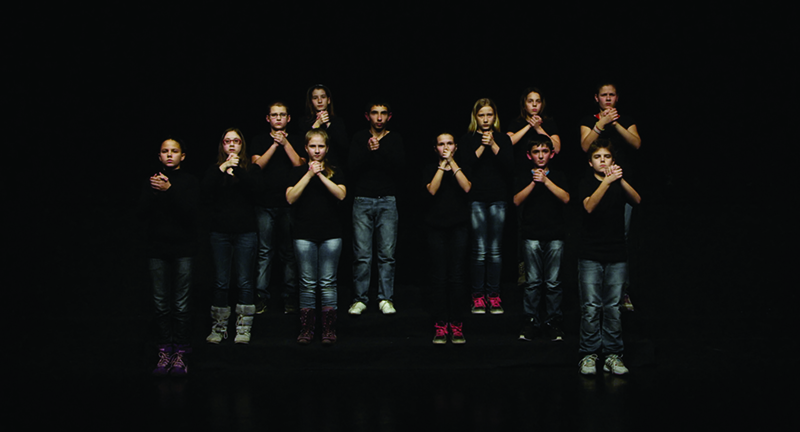