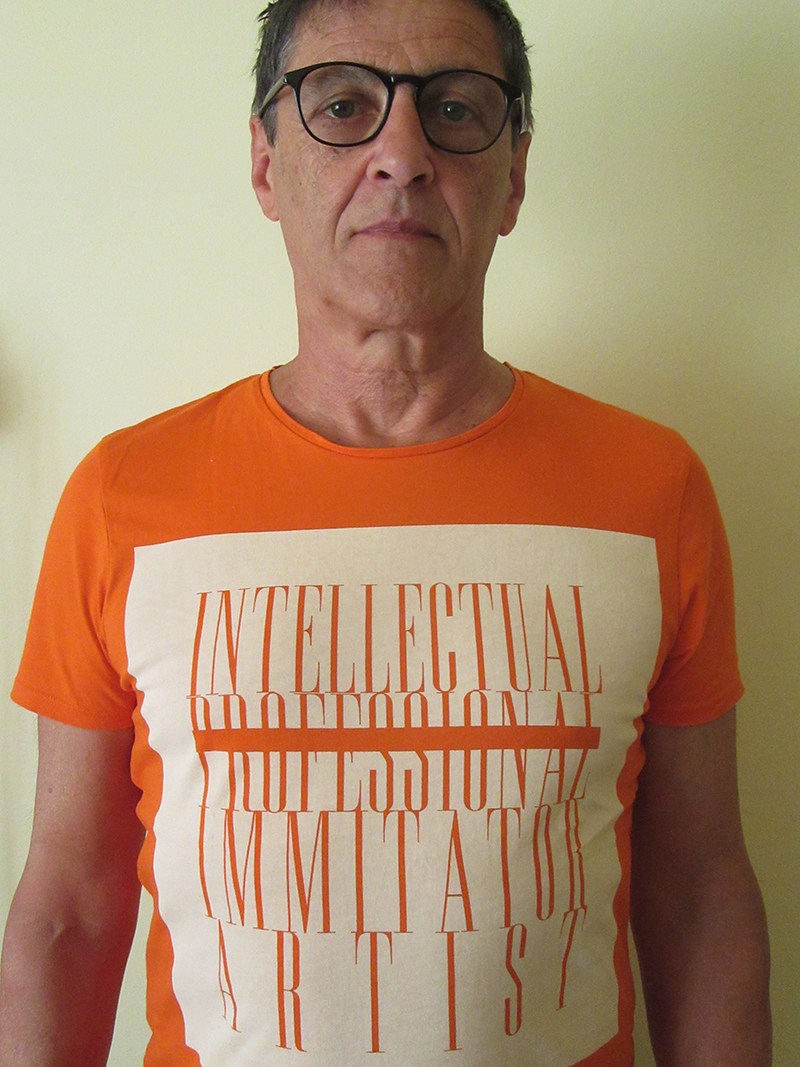 Miklós Onucsan (b. 1952) lives in Oradea. His works often have a paradoxical character, inducing a tension between objective knowledge and visual perception in a moment and space where the logic of an object or of a situation is hijacked towards a temporary poetical Construction.

The artist Miklós Onucsan, active in the 1980’s, creates in his works some closeness between art and life until deleting the boundary between these two. Often starting from the material structure of an object or the traces that nature accidentally leaves, Onucsan focuses on that part of the visible world that cannot be imprinted or monumentalized without sacrifices – most of the actions or installations remaining simply documentation support. Their temporary nature completes the reflection on memory and time, as it is the case of the work presented here. The wallpaper submitted for the exhibition represents/renders the consequences of a flood at the workshop, registered in sequences and with a dose of self-irony by the artist. Transposed here, the mold model breaks away from the initial connotation and is transformed into a decorative pattern. 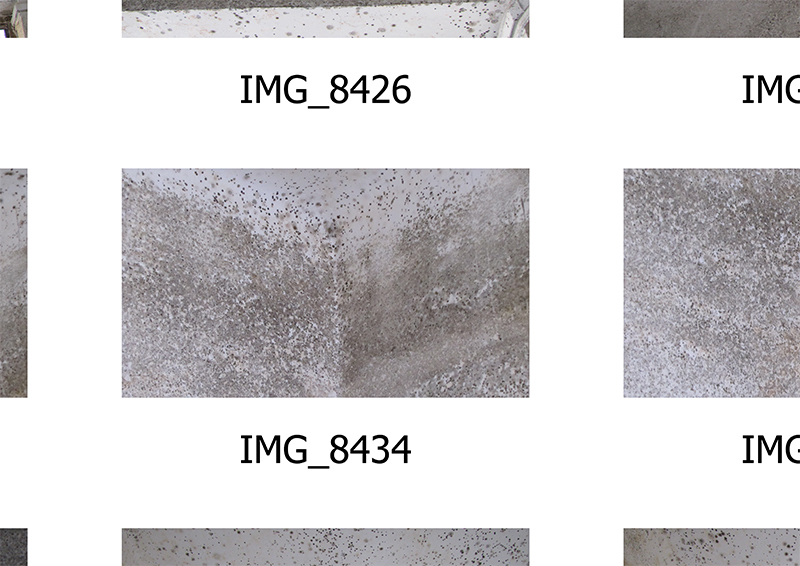 2. Miklós Onucsan, The ceiling from beneath the artist’s studio, after a flooding in the studio with 5 m3 of hot water (detail) (2017), wallpaper, dimensions variable