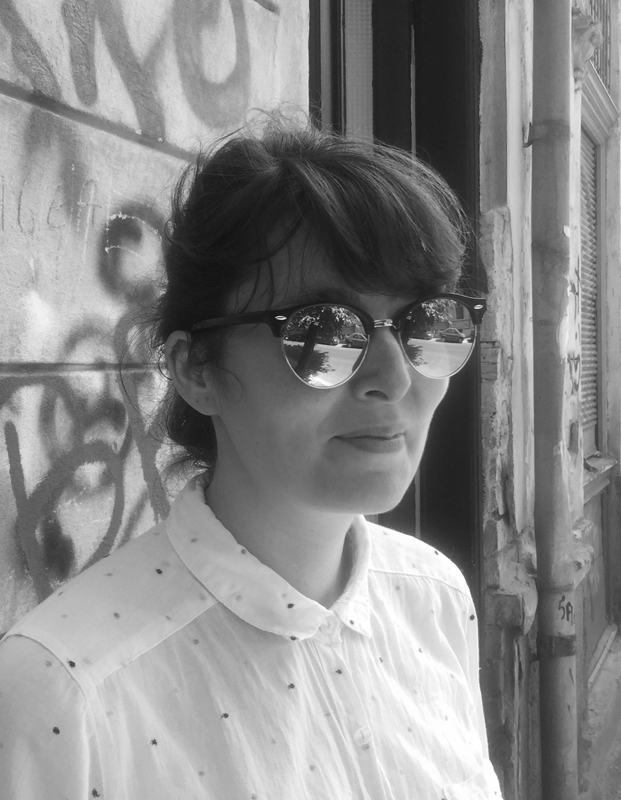 Olivia Mihălțianu (b. 1981) studied visual arts at the University of Arts in Bucharest, the city where she lives and works. Her long term projects – at the crossroads of video, film, photography, objects, installations and performance – follow visual aspects related to personal identity and social life in different cultures or political and economic situations, in a global and local context, by questioning topics such as: the role played by the artist in today’s society and archetypal human patterns.

The artistic work of Olivia Mihălțianu focuses on women’s identity in different historical and political contexts, which are used as a counterweight to lived and idealized femininity in Eastern Europe before and after the Wall. Her approach to medium, whatever it may be, is slightly ironic and the artist often performs in role-playing games where she questions the paradoxes within power structures in contemporary society.

Film Métrage is an installation that loops the leftovers from other film works of the artist. By using shots made to disappear, she makes them pursue a silent and visually transposed life. In a mise en abîme, the super 8 film tails an erratic path in a makeshift loop while the light passing through the video projector turns the images in the background into ghost-like appearances. To this is added the nostalgic sound of the Super Slim projector, which insidiously reminds us of a mechanical world that is disappearing, a metaphor of our own existence where time passes through images. Our world is perceived as an obsolescent one by means of technical renewal. Therefore, the work reflects how we consume images, but also how we digest them.