Simon Cantemir Hauși (b. 1976) uses drawing and painting as favored means of expression. The color palette of his works carries a strong personal mark, and there is always a narrative discourse, most often referencing mythology and tradition, which envelops his compositions with one or more characters.

Simon Cantemir Hauși’s painting has its own rhythm; settled slowly, layer after layer, and story after story, his colors do not parade heroically, and the narration does not become sentimental. Light and shade create an open, inexhaustible space, marked by stirring tenderness. In Study of imagination, memory and dream intertwine. “The superhero” prepares to take flight, and his magical cape protects him from any danger. The fantasy of a little boy who still believes in stories is more real than any reality, and the painting is more credible than any objective truth. 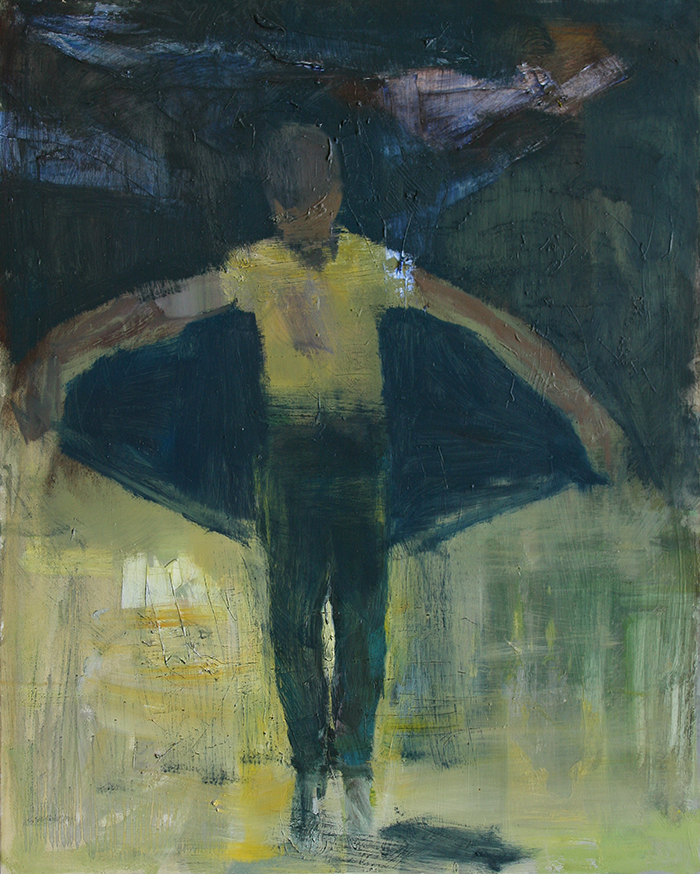