Constantin Flondor (b. 1936) studied painting at the “Nicolae Grigorescu” Institute in Bucharest, and became of teacher at the Timișoara Fine Arts High School in 1962. Starting in 1991, he has been a university professor at the Faculty of Fine Arts in Timișoara, and is invited, as a professor, at the Sommermalakademie Beratzhausen in Germany. He becomes a co-founder of the 111 group (in 1966), of the Sigma group (in 1969) and of the Prolog group (in 1985).

Constantin Flondor (b. 1936), member and cofounder of the 111 group, as well as the Sigma group, found the sources of his reflections on the limit between the reality of creation and the objective reality, in nature and time. His artistic endeavor will be characterized by analytical attention, focused on the observation of nature, and translated into his works through the mediation of geometry. Thus, the natural randomness ends up being recorded in a decidedly rigorous and technical way, as his Solarograms, developed in 1976, attest. He will eventually integrate new media in his artistic practice (photography, film), initially as a form of documentation, then as stand-alone artistic media. An important part of his artistic activity will consist of his actions undertaken with the pupils of the Art High School in Timișoara, where, along with his colleagues in the Sigma group, he managed to impose a new pedagogical methodology. 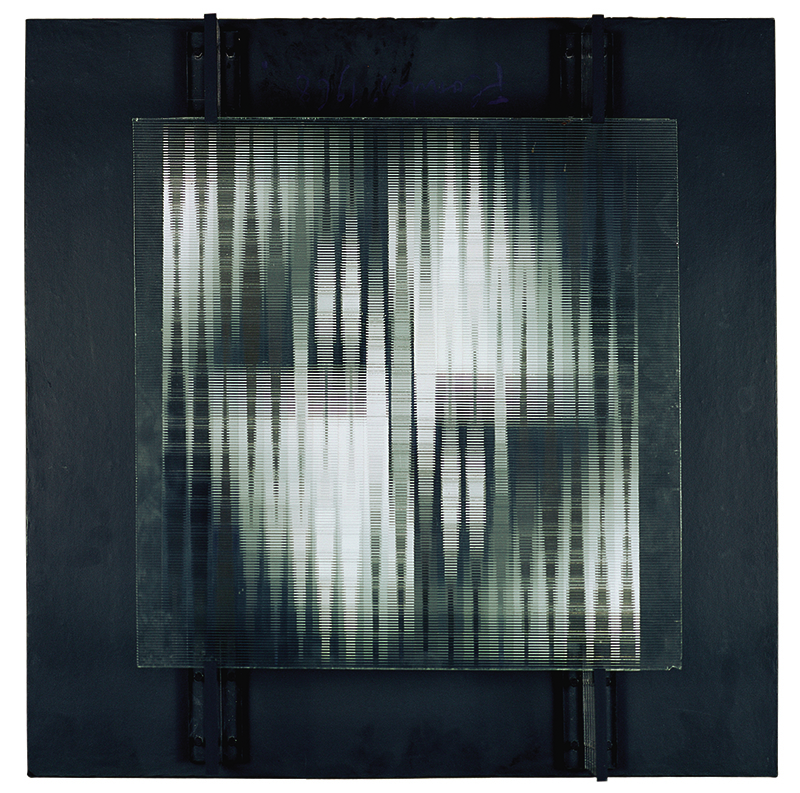