Nikola Džafo (b. 1950) works in a direct and activist manner through his art. He usually prefers performance, actions, objects, installations, paintings, art interventions and public appearances. He intentionally uses kitsch to comment on the conditions of the societally acceptable artworks, and as a part of that, he introduces the motif of a rabbit in his work, signifying the visibility of only pleasure, without reason. He is the creator of the Led Art group, a subversive guerilla art group which has, since 1993, made over 30 projects.

Džafo is the co-founder of the Centre for Art Decontamination in Belgrade (1995) and Led Art Multi-media center in Novi Sad (2000). In 2000, he started the Art klinika [Art Clinic] and in 2013 – Šok zadruga [Shock Collective] on the same ethical principles. In the action „From the Ashes a Museum” from 2008, members of the Art klinika burned various paintings, drawings, books etc. donated to them by over a hundred artists. This was done to raise awareness on the neglected issues of culture in Novi Sad. The ritual of burning was done with the intent of waking up, empowering and protecting the artists in their work. As part of Šok zadruga, Balkan’s smallest galleries were created – Šok galerije, which are 2 square meters in size. With these, the art is moved from the traditional spaces of museums and galleries and set in urban spaces.

The artist and tireless activist Nikola Džafo is known to be the driving force and organizer of independent and ephemeral places that have continued to mark the Serbian cultural history with the utopian idea that art can change the world. In 2010, he set up the Rabbit Museum, Lepus in fabula. He explores the symbolic strategies at work in artistic practice and their dissemination in emblematic places where his ironic and controversial installations challenge aesthetic, social and political misunderstandings. His Rabbit Museum is a cabinet of curiosity which brings together a wide variety of objects from collections that have the rabbit as hero, an animal culturally ubiquitous in many civilizations and religions. All the symbolic and metaphorical power of the animal is then staged, including unavoidable references like Titian, Schwitters, Beuys and Disney. The collection currently has about 1,500 articles sorted into ten sections, but here we have only a meager sample. The treatment of the animal passes through arts, natural sciences, history, ecology as well as social commitment. The project is a small contribution to imagination, goodwill and providence. 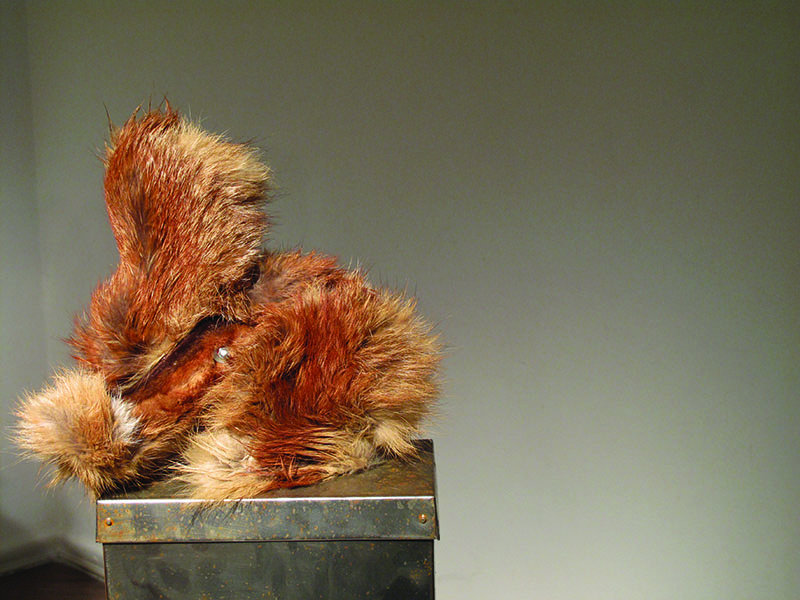