A.K. Burns (b. 1975) is an interdisciplinary artist and educator focused on the body as a site of social and political tumult, who uses video, installation, sculpture and drawing to query the space between materiality and language. Each chosen medium reflects her personal bond to cultural phenomena, questioning and reshaping “economies of gender, labor, ecology, and sexuality”.

A.L. Steiner (b. 1967) utilizes constructions of photography, video, installation, collage, performance, writing and curatorial work. She describes herself as a “skeptical queer eco-feminist androgyne”. Her artworks are often made in collaboration with numerous writers, performers, designers, activists and artists. Steiner is co-curator of Ridykeulous, co-founder of Working Artists and the Greater Economy (W.A.G.E.) and a collective member of Chicks on Speed. 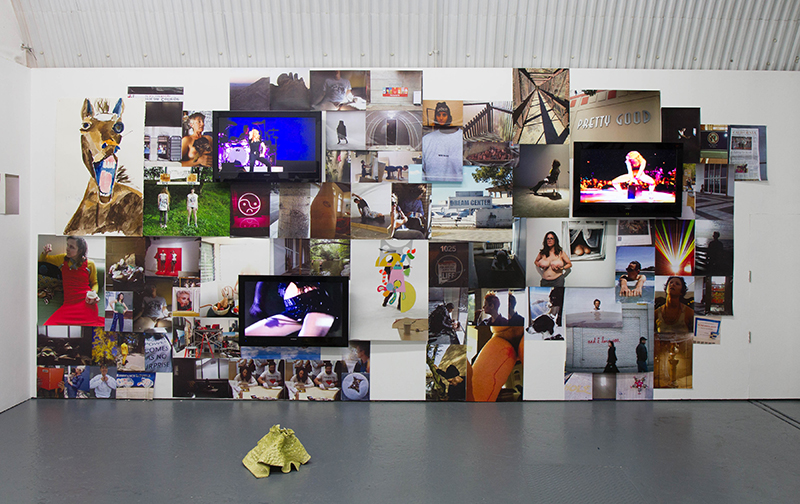