Dan Beudean (b. 1980), an alumnus of the University of Art and Design Cluj, graphics department, is known and appreciated primarily for his drawing work – often fantastical images stemming from an exacerbated perception of reality. Both his drawings and his installations include superimposed layers of mythology, history, mysticism and pop culture, coalescing into a strange anatomy of past and present society, as well as his private universe.

George Crîngașu (b. 1988) lives in Cluj-Napoca, Romania. His practice focuses on data de/recontextualization, with work ranging from installation and video to print and painting.

Dan Beudean is publicly known for his remarkable drawings that serve as the meeting point of oneiric visions and a strongly acidic diagnosis of reality. Lately, this universe expands to installation and sculpture, through a room constructed as a kind of office of curiosity, or through romantic forays in the nostalgia for ruin. George Crîngașu works in the area of digital collage and ambient installation, taking over the strategies from the information flow of the online environment to juxtapose images that create both tangible and immaterial realities. For this edition of the biennale, the two artists meet again after the Neurosturgeon Stream exhibition in 2016, when they collaborated to transform the space of a house in a fantastic and bizarre place, adeptly absorbing works of art. Using the same strategy, they both colonize a phased-out tram car to reflect on some of the distinctive features of this mode of transportation: from the history of the tram, to its relevance today; from the social habits it creates, to the specific rules of ad-hoc communities formed during a journey. 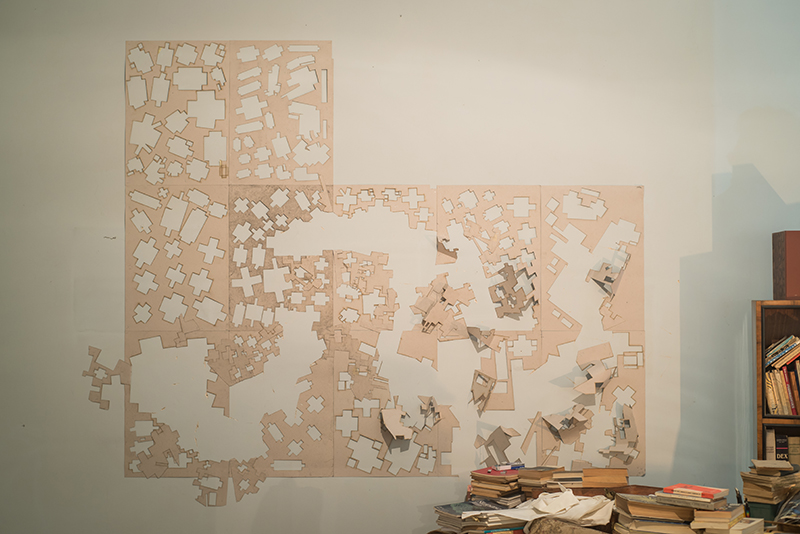