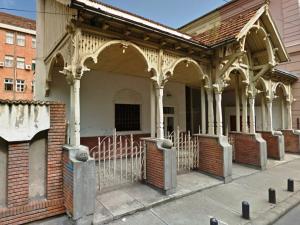 Inaugurated in 1924, Arta Cinema is one of the first cinemas in Arad. Newly equipped and renovated, it was officially reopened in 2016, after a 7 years break.  During Art Encounters 2017, the cinema will host the events scheduled for Arad biennale, which is made of a series of movie projections and discussions with artist directors.